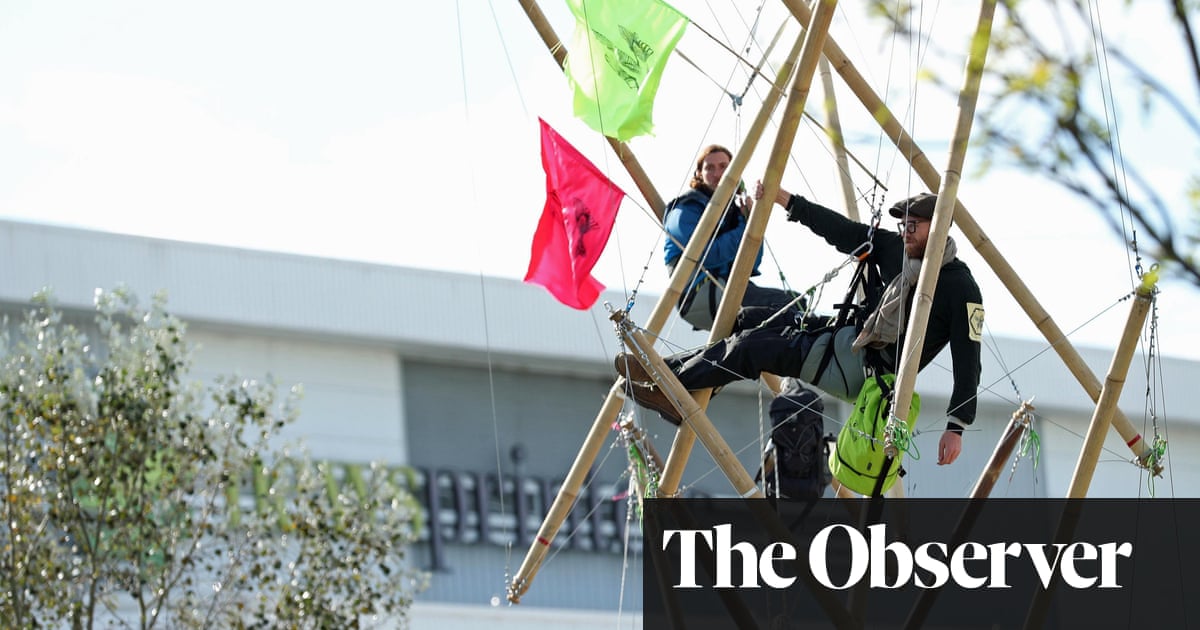 Stephen Fry, Mark Rylance and a former Archbishop of Canterbury are among 150 public figures to hit back at government moves to classify the climate protesters of Extinction Rebellion as an “organised crime group”. In a letter to be published in the Observer on Sunday, XR is described as “a group of people who are holding the powerful to account” – who should not become targets of “vitriol and anti-democratic posturing”.

It comes in response to the prime minister and home secretary’s reported move to review how the group is classified in law after it disrupted the distribution of four national newspapers, including the Sun and the Daily Mail, last Saturday.

Around 100 protesters – who erected bamboo structures outside two Rupert Murdoch-owned printing presses in Hertfordshire and Merseyside – were accused last week of undermining the UK’s free press by Boris Johnson, the home secretary Priti Patel and the Labour leader Keir Starmer, among other figures.

Starmer said: “The free press is the cornerstone of democracy and we must do all we can to protect it. Denying people the chance to read what they choose is wrong and does nothing to tackle climate change.” And last week Guardian News and Media stated: “We fully support the right to protest – but we do not condone any action that restricts the public’s right to access journalism and buy whichever newspaper they choose.”

But today’s letter states: “Extinction Rebellion has helped push the government’s failure to act on the climate and ecological emergency into the public eye. Whether or not we agree with their tactics or targets, by blocking printing presses and delaying newspaper distribution, they have connected the dots of a broken system. For the past 30 years, there’s been a woeful lack of serious reporting on the climate and ecological emergency due to the billionaire owners’ vested interests, and a lack of understanding from reporters, to editors to senior executives, about the severity and scale of the crisis. This has meant a terrifying delay on action to combat climate change.”

The letter cites the UK’s Covid-19 death toll and a “recovery plan that allocates billions of taxpayer’s money to the fossil fuel economy” as examples of the government failing the public. The artist Cornelia Parker OBE, among the letter’s signatories, told the Observer: “They’re almost like our conscience. Calling them criminals or terrorists is absurd. Very old people and children join these protests – these are ordinary people.”

The sculptor Antony Gormley, also among the signatories, said: “[XR is] being used as a scapegoat for climate inaction, and it’s ridiculous to be calling them criminals when actually it is lackadaisical and inept actions of the government and indeed, those in charge of massive corporations, that should be doing much, much more.

“Their strategy is constantly trying to find new pressure points to make us act,” he added. “I’m not convinced that all of their activities can be totally justified. However, the fundamental reasons for them wanting to raise consciousness are absolutely justified.”