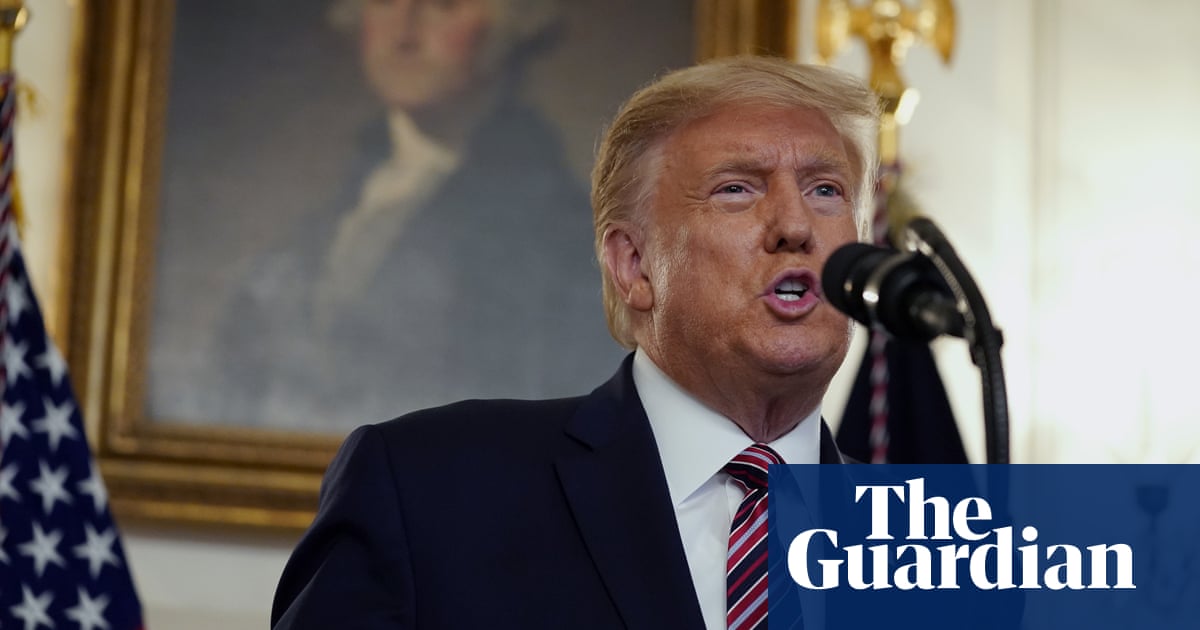 The global coronavirus death toll has passed 900,000 as Donald Trump attempted to defend himself following the publication of comments in which he admitted he had played down the virus’ impact.

He had done an “amazing” job regarding Covid-19, the US president claimed in an interview with Fox News.

Coronavirus-related deaths in the United States, which stand at more than 190,000, account for a fifth of the global total. The figure is equivalent to one death per 1,700 Americans.

If global deaths continued at the current rate, the toll is likely to pass 1 million before 1 October, 10 months after the World Health Organization was first informed of the first cases in Wuhan, China. Only 10 weeks ago the number of deaths passed 500,000

The number of cases worldwide is nearing 28 million.

Trump spoke to Fox News’s Sean Hannity late on Wednesday about an upcoming book by veteran investigative journalist Bob Woodward, which included revelations that the president knew the extent of the deadly coronavirus threat in February, but intentionally misled the public by deciding to “play it down”. Sections of the book and recordings of Woodward’s interviews with Trump were published by the Washington Post and CNN on Wednesday.

Trump told Hannity that his response to the pandemic was intended to avoid panic. “I said don’t panic [over the virus] … I’m a cheerleader for this country and I don’t want to see panic.”

Trump also said the US had done an amazing job with regards to deaths: “If you look at our numbers, our fatality numbers compared to other countries, it’s amazing what we’ve done. We’ve been able to do something … that especially with the country the size we have, we’ve done an incredible job.”

As the Labor day weekend drew to a close earlier this week, Reuters reported that cases were rising in 22 US states. Three weeks earlier, cases were increasing in only three states; Hawaii, Illinois and South Dakota. Most of the 22 states where cases are now rising are in the less populated parts of the midwest and south.

Meanwhile, infections continue to rise rapidly across Europe. France has seen its second-highest one-day case total of the pandemic so far and hospitalisations are at a one-month high, as the Netherlands and Portugal both confirmed their highest daily infections since April.

Germany’s foreign ministry meanwhile has advised tourists against travelling to a batch of European destinations including Prague, Geneva, Dubrovnik and Corsica due to high coronavirus infection rates.

Other global developments include: