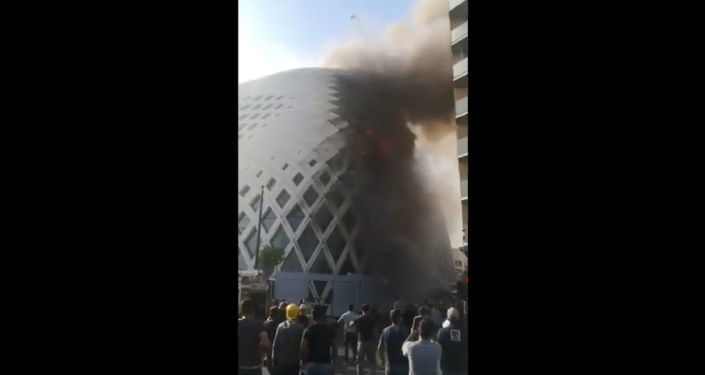 A major fire erupted in Beirut on Tuesday, hitting the downtown commercial district. Numerous videos showing the flames and a cloud of smoke were uploaded by witnesses on social media. According to the news outlet, the fire erupted near the entrance of the Beirut International Exhibition and Leisure Center, also known as BIEL, which hosts conferences and other cultural events.

At the moment, there is no official information about the causes of the fire or possible victims.

​According to media, the landmark building, engulfed in flames, had been designed by the late British-Iraqi architect Zaha Hadid.