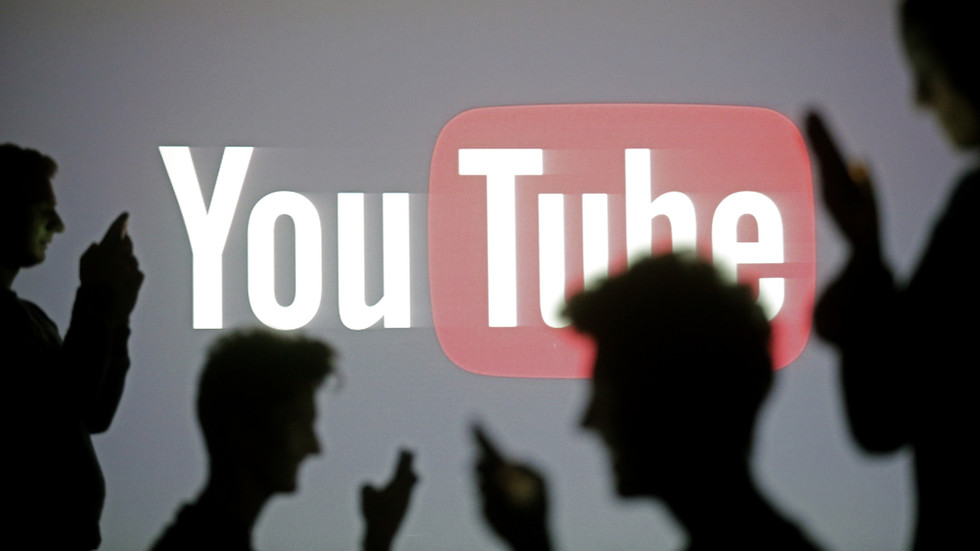 YouTube intellectual Stefan Molyneux has seen his channel of 14 years and thousands of videos deleted, with the platform citing “hate speech” as a number of online venues take aim at conservative and right-wing personalities.

Molyneux – the host of Freedomain Radio, billed as “the world’s number one philosophy show” – was booted off YouTube on Monday over its policies regulating “hate speech,” according to a company statement. His termination came amid a broader social media purge throughout the day, which saw prominent Trump-related accounts banned on Reddit and Twitch, as well as other right-wingers scrubbed from YouTube for good.

“We have strict policies prohibiting hate speech on YouTube, and terminate any channel that repeatedly or egregiously violates those policies,” a YouTube spokesperson told The Verge about Monday’s bans, adding that a policy change last year has driven a surge of similar deletions.

After updating our guidelines to better address supremacist content, we saw a 5x spike in video removals and have terminated over 25,000 channels for violating our hate speech policies.

Previously boasting nearly 1 million YouTube subscribers and hundreds of millions of video views, Molyneux has launched a campaign to reinstate the channel, calling on his followers to inundate the company with pleas to have his account revived. In a video statement posted on Twitter, Molyneux insisted the charges against him are baseless, stating there is a “highly coordinated effort” to silence “dissidents,” comparing his ban to a “book burning.”

“The accusation is the usual one, that I am fomenting violence and hatred and so on, which is not true at all,” he said, adding that he has always called to resolve social disputes with “reason and evidence,” rather than violence.

Starting out on YouTube in 2006 with a show largely devoted to libertarian political philosophy and peaceful parenting, Molyneux has courted controversy more recently, delving into what critics have deemed “scientific racism,” or theories that posit significant biological differences between races. While those views generated fierce criticism over the years – as well as bans on other platforms – some of his detractors weighed in to oppose his channel’s deletion, arguing he should still have the “right to speak” even if his opinions are “awful.”

I think your scientific approach to race is arbitrary discrimination & you sometimes look like a misogynist, but disagreement is what sparks critical thinking that challenges & educates.To be honest, I just ignore your “wrong thing” & move on. Ignorance is a tool of slavery 😬

Even though your worldviews are disgusting for me,I feel sorry for you right now. It was a part of your everyday life.

You’re an awful human, but I support your right to speak freely however vitriolic it may be.

Other opponents were far less forgiving, however, some labeling Molyneux’s content a “pathway” to “white supremacist radicalization,” and the “first step down the alt-right rabbit hole,” one also noting that more openly racist figures like David Duke and Richard Spencer had been banned along with him in Monday’s purge.

Lots of right wingers FURIOUS at the “political bias” of YouTube, Twitch, and Reddit’s recent content bans. Here’s a secret: Most political violence and hate speech is on the right. The research is widely available. https://t.co/ksbltxz7wF

Richard Spencer and David Duke are bigger names, but YouTube banning Stefan Molyneux is a big, big deal. He had 300 million lifetime views (!), and was the first step down the alt-right rabbit hole for a lot of young men, including Caleb Cain. https://t.co/7UojMUuwWR

stefan molyneux’s youtube channel suspended 😍 soooo many people i studied for my book specifically cited him as a pathway for their white supremacist radicalization. small victories

Molyneux wasn’t without his defenders, as many stepped in to decry the move as part of a broader effort to censor conservative and right-wing icons online. Others voiced disappointment that his whole body of work had been scrubbed, pointing out that many of his earlier videos were “incredibly detailed, well researched and sourced.”

Holy smokes Stefan Molyneux got banned from YouTubeThey’re constantly censoring right wing/conservative iconsI don’t like a lot of what he had to say & took issue with a lot of it, but I at least want him to voice his opinions!@TeamYouTube reinstate @StefanMolyneux

Google is a private company, and as the owner of YouTube it can ban @StefanMolyneux for whatever reason it wants. But management should at least be honest about their reasons. Fortunately, you can still listen to Stefan at https://t.co/01bM2sOPAL

The news is that Stefan Molyneux was banned YouTube for alleged white supremacist views despite explicitly repudiating white supremacy and insisting on rational, evidence-based debate. But who cares about truth if a non-Leftist can be silenced. Disappointed in @TeamYouTube

Sad to see Molyneux’s entire YouTube channel deleted. Haven’t seen his stuff recently, but I watched a ton of his content years ago, when I was first interested in politics; his videos on liberal economics and free markets were incredibly detailed, well researched and sourced.