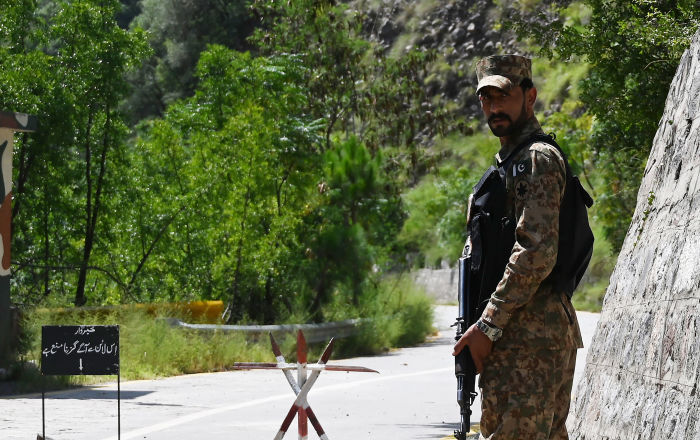 Two unidentified terrorists have been killed in a gunfight with security forces that broke out in Kashmir’s Anantnag district on Tuesday morning, police said.

According to Dilbag Singh, Director General of Jammu and Kashmir police, the gunfight broke out after a cordon and search operation security forces following specific inputs about the presence of terrorists in the Waghma area of Anantnag district.

“As our forces reached the suspected spot, the hidden terrorists fired upon the security forces, who retaliated. The two terrorists who have been eliminated were involved in the recent killing of a paramilitary personnel and a 5-year-old child in the Bijbehara area,” Singh said.

The authorities have suspended internet access in the area as a precautionary measure to prevent additional violence.

Meanwhile, on Tuesday morning, Pakistan allegedly initiated an unprovoked ceasefire violation (CFV) along the Line of Control (LOC) in Baramulla area of Jammu and Kashmir firing mortars and other weapons, an Indian Army official said.

He further stated that no lives have been lost so far and Indian troops had returned fire. The border skirmish was still underway at the time this report was published.

India and Pakistan have accused each other of violating the ceasefire and targeting civilians in the cross-border firefight. The two countries have been fighting over Kashmir for the last seven decades and have traded accusations of sponsoring terrorism. Diplomatic ties between New Delhi and Islamabad deteriorated when India revoked the special status of Jammu and Kashmir in August 2019.