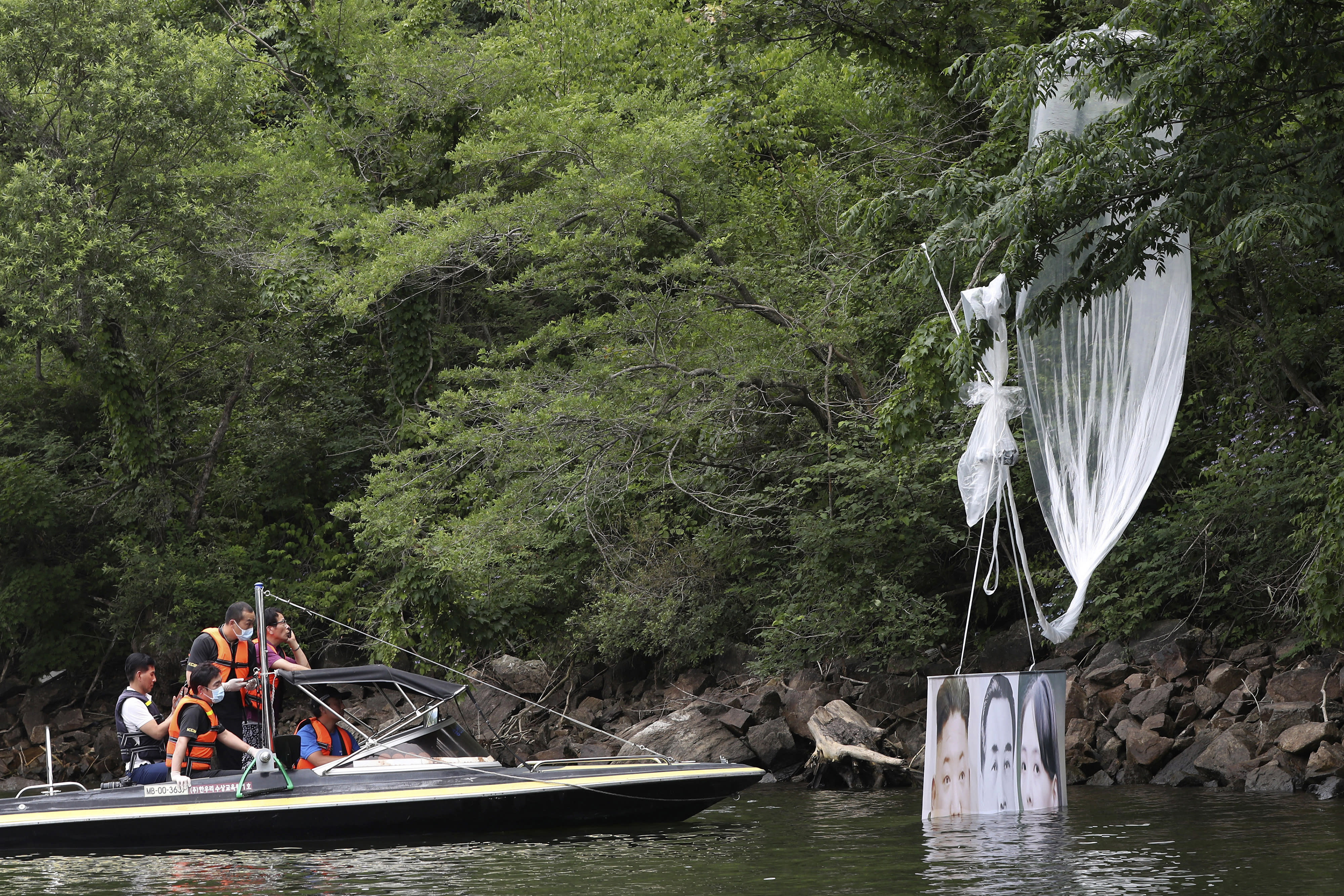 Park Sang-hak, a North Korean refugee who has floated anti-Pyongyang leaflets balloon across the land border, and his brother Park Jung-oh, who has floated plastic bottles filled with rice across the sea boundary, were being questioned at the Seoul Metropolitan Police Agency, an agency officer with direct knowledge of the cases said.

The officer spoke on condition of anonymity because he was not authorized to release the information to the media.

The officer said further investigation was needed before determining whether the brothers should be charged with a crime.

North Korea raised Park Sang-hak’s yearslong propaganda campaign and South Korea’s failure to prevent it earlier this month before it blew up an empty liaison office on the North’s territory and threatened other provocative steps.

South Korean officials later requested police investigate the Parks and other activists for raising tensions and potentially endangering residents living near the border.

Authorities in one province that borders North Korea have also accused several activist groups, including those of the Parks, of fraud, embezzlement and other charges over their donation activities.

The moves against the activists have invited criticism that President Moon Jae-in’s liberal government is sacrificing democratic principles to try to repair deteriorating ties with North Korea.

After his office was raided Friday, Park Sang-hak told reporters that he would keep sending leaflets toward North Korea to inform people there about their authoritarian government. He also accused the South Korean government of “gagging its people and destroying freedom of speech after succumbing” to North Korea.

Some experts say North Korea has been intentionally raising tensions as part of a strategy to wrest outside concessions at at time when it is facing worsening economic troubles caused U.S.-led sanctions and the coronavirus pandemic.