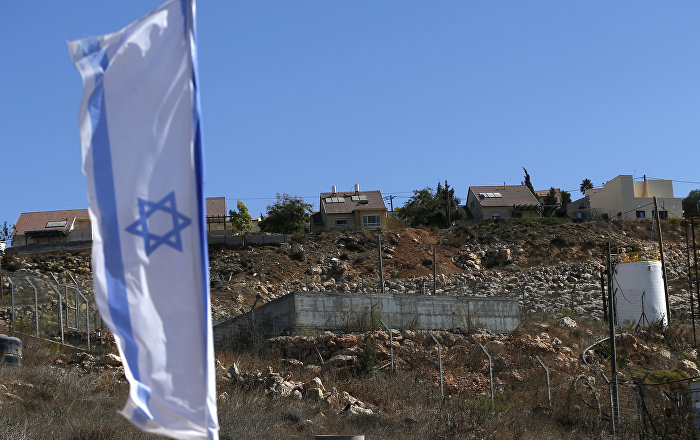 Defence minister Benny Gantz said on Monday that the 1 July deadline, when Israel would extend its sovereignty over some parts of the West Bank, is not “a sacred date,” stressing that his priorities lay in the tackling of COVID-19, not the inclusion of new territory.

Although the “annexation” plan remains on the table, Gantz is determined to first tackle the pandemic that shrank Israel’s economy and sent the country’s unemployment rates to unprecedented heights, before he gets the Jewish state into an endeavor that will force it to fork out a pretty penny, expenses that the nation cannot currently afford.

It is difficult to estimate how much money Israel would need to pump into its sovereignty plan, primarily because it is still unclear whether Prime Minister Benjamin Netanyahu would go ahead with the move and, if he does, how big of a land grab that would be and how many Palestinians Israel would absorb.

However, estimates suggest that had he chosen to press ahead with the bill, Israel would need to inject billions of dollars into its economy to keep the ambitious project afloat.

To start off, Israel would need to handle the threat of potential Western sanctions. Although a consensus between the EU states is not yet on the table, the actual decision to apply Israel’s sovereignty might make the bloc change its mind, also leading to the downgrade of the country’s credit rating and the lifting of interest rates.

Secondly, the move would also entail a big security challenge and would require significant injections into the national defence budget that in 2019 already stood at slightly more than $20 billion; along with Russia, the US and Saudi Arabia, Israel ranks among the world’s biggest defence spenders per capita. This is especially true if Palestinians remain true to their promises to set the West Bank and the Gaza Strip “on fire”.

Israel knows firsthand how much economic damage riots and security instability can cause. Twenty years ago, with the eruption of the Second Intifada, the Jewish state suffered significant losses, seeing a drop in its GDP, flagging tourism as well as curtailed exports of technology and agricultural produce.

The 2014 Gaza conflict, Operation Protective Edge, has also taken a toll on the country’s economy that previously had been growing at an annual rate of three percent and shrank to 0.4 in the third quarter.

This time around, experts warn, it won’t be any different. Apart from the fact that Israel would need to deal with violent confrontation and even an armed resistance, the move will inevitably harm foreign investments and damage the already sinking tourism industry, that has seen dramatic cuts due to the pandemic. The Jewish state will also need to pump billions into securing its new borders, an ambition project that can cost Israel up to $8 billion.

But expenses won’t be limited to security aspects only, and if Israel chooses to apply sovereignty to the West Bank’s C area, home to some 200 thousand Palestinians, it will need to take care of them as well, investing in their education, healthcare and social benefits.

It is unclear how many Palestinians, if any, will be absorbed the Jewish state, but estimates suggest that taking in 66 thousand Palestinians would require an annual injection of $377 million that would be spent on their education needs and healthcare.

The judicial system will also present a serious expense. Up until now, Palestinians residing in area C have had to go through their own courts, taking the pressure off Israel’s military apparatus, which judged Palestinians only in incidents involving Israelis.

The planned “annexation” is set to change that reality too. Absorbing thousands of Palestinians will put  extra pressure on Israel’s judiciary system that even before the addition of new residents suffered from insufficiency, primarily caused a lack of manpower.

Blow to the Palestinians?

However, Israeli taxpayers will not be the only losers; Palestinians are set to suffer too. Right now, Israeli settlers or construction companies that plan to build in Area C are required to go through a long and laborious bureaucratic process, significantly slowing down Israel’s expansion urge.

Applying sovereignty over this area will change that equation, making the land more accessible for Israelis, who might want to use their power to shrink Palestinian villages and their agricultural fields and keep their presence there to the bare minimum.

A similar situation will also be observed with the use of the region’s water and natural resources. Quarries are a major source of income for many Palestinians, who use the stone for construction, and the establishment of an official Israeli presence in the area will make their access to these sites even more difficult, putting their earnings at risk.

Realising the risks and knowing that the move would put an end to their independence inspirations, Palestinians have already said that any unilateral measures taken Israel would potentially lead to the dismantlement of the Palestinian Authority, despite voices that said otherwise, underlying the economic benefits the plan would entail.

And while Netanyahu’s plans are not yet sealed, Palestinians hope that they can still change the situation, offering “minor” land swaps and direct negotiations with Israel, if it drops its expansion plans.