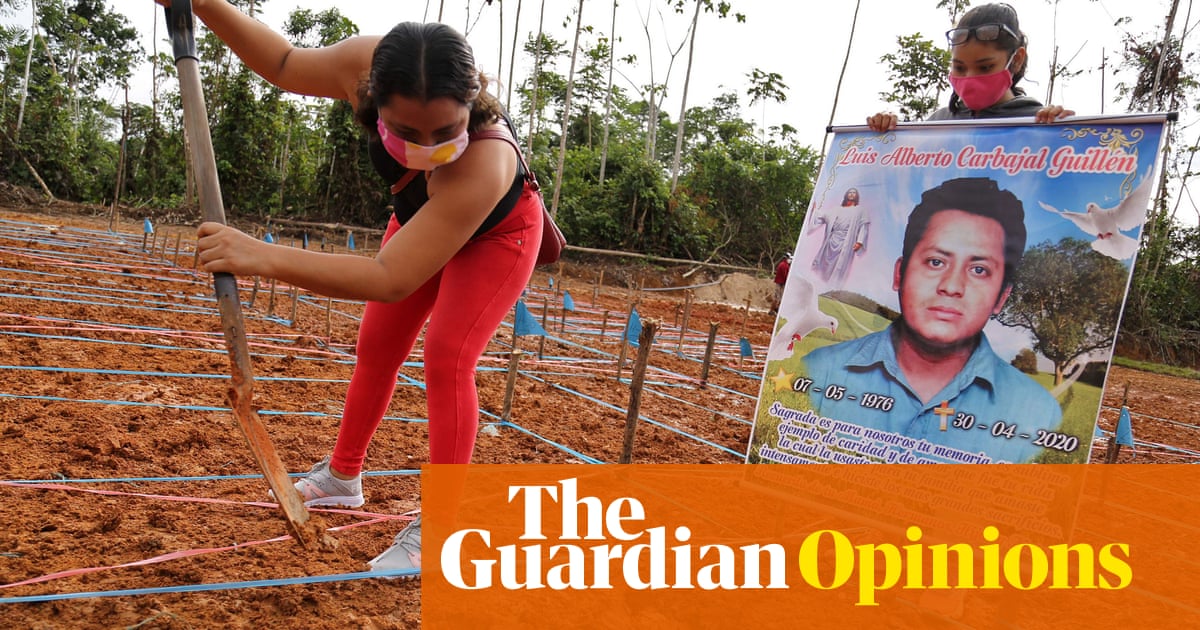 Don’t fixate on the precise numbers. We are testing more than ever so we find more cases. What matters is the big picture and it is drawn in stark relief: the crisis is not yet over. Far from it. Even as east Asia and Europe begin to experience recovery, the momentum of the disease at the global level is building. Nor is this the famous “second wave”. This is still the first wave spreading out across the world’s 7.8 billion inhabitants.

The question is do we have the political imagination, the sympathy and the grit necessary to grasp this crisis at the world level? Can public opinion and decision-makers in Europe and Asia, where the disease has been more or less effectively suppressed, be rallied to support an adequate global response to the crisis in the rest of the world?

The pandemic poses a profound challenge to the contemporary imagination. It has made real both the degree of our interconnectedness and the extreme difficulty that we, particularly those of us in the west, have in grasping the global forces that are at work.

This was already obvious back in January 2020. No need here to rehash the painful story of delay and prevarication; endless recriminations and postmortems are their own form of parochialism. The point is that the west treated a crisis in Wuhan as a remote and exotic problem, made all the more so China’s “totalitarian” response. We talked about a “Chernol moment” for Xi’s regime, as though this was a crisis happening in the 1980s in an obscure Ukrainian town behind the iron curtain, rather than a highly infectious disease spreading through one of the world’s most dynamic and well-connected conurbations. The model should have been Chicago not Chernol.

London and New York, which bask in their status as “world cities”, did not appear to appreciate that a crisis in Wuhan was a matter of the utmost importance. In the US the most critical failures in February and March were not so much in Washington DC but in New York. California locked down. New York did not. We know the results. In New York state at least 31,484 people have died, as of yesterday.

So much for the failures. But even our appreciation of the geography of success is biased. The countries that did get it right were those closest to China, which have had recent experience of infectious disease threats such as Mers. But, again, we tend to exoticise their difference. We pigeonhole them as striving, emerging-market “Asian tigers”, countries with inhuman school regimes, dizzying student scores in Stem subjects, and a relaxed approach to personal privacy.

It is time to look again at the numbers and face the facts. South Korea and Taiwan are no longer “emerging”. They have emerged. Indeed, they have overtaken much of the west in terms of affluence, technological sophistication and the basic public security they offer their fortunate citizens.

Singapore, invoked Brexiteers as though it were a bargain-basement model of a free-market society, is, in fact, in the super league of affluence, alongside Switzerland and oil-rich Norway. Taiwan’s GDP per capita is on a par with that of the richer European countries – think Germany and Sweden. South Korea is in the range of Spain, the UK and New Zealand. Covid-19 is a wake-up call to adjust our world rankings and our understanding of our place in them.

As the rest of the world has floundered, the problem for the success stories, including China, has been to contain the risk of reinfection from the outside. There was a sense of historical justice in this. Beginning in the 19th century, European states built a global public health regime with the explicit objective of limiting the spread of diseases such as cholera and yellow fever from Asia and Africa to the west. In 2020 Asia feared infection from Europe. But this carnivalesque inversion of historic geographies was short-lived. Now, as the disease spreads to Latin America, Africa and south Asia, a grim new hierarchy threatens. The disease will divide those that are rich, and thus in a position to “cope”, from the rest. Covid-19 may become another of those “poor-country diseases” that kills hundreds of thousands in a regular year. Think malaria or TB, but more infectious and thus requiring more rigorous social distancing.

The implications for our multiethnic, mobile societies are grim. Mexican Americans make up roughly 11% of the US population, Latinos all told 18%. Millions pass back and forth every year. Latin America now accounts for 53% of global mortality. You might think that the rampant spread of Covid-19 south of the US border would be an urgent priority for the US. Trump will of course exploit the disaster for his xenophobic purposes. But what is the progressive answer?

The only reason that the Americas do not entirely dominate the global mortality statistics right now is that the numbers are rising ominously in India and Africa, too. If it continues on its current track, this escalation will pose huge challenges for migrant workers and their families, as quarantine rules restrict travel and surging unemployment cuts off remittance flows.

The poor-country Covid-19 crisis was long foretold. In the spring there was a flurry of activity among institutions such as the IMF and the World Bank. But this was followed a sense of anticlimax as the disease seemed to slow. The global pandemic is now in full flood. In March the vast majority of the world locked down. It has not been sustained. It would take catastrophic death rates to make a second lockdown politically viable. If Chinese or European-style suppression is off the table, the focus must be on low-cost mass testing and a global push to ensure best practice in treatment, including key drugs for all. The costs are high but eminently affordable. With the US hamstrung its isolationist president, the question of Covid-19, as on other global challenges such as climate breakdown, is whether Asia and Europe can combine to deliver the necessary leadership.

• Adam Tooze is a professor of history at Columbia University