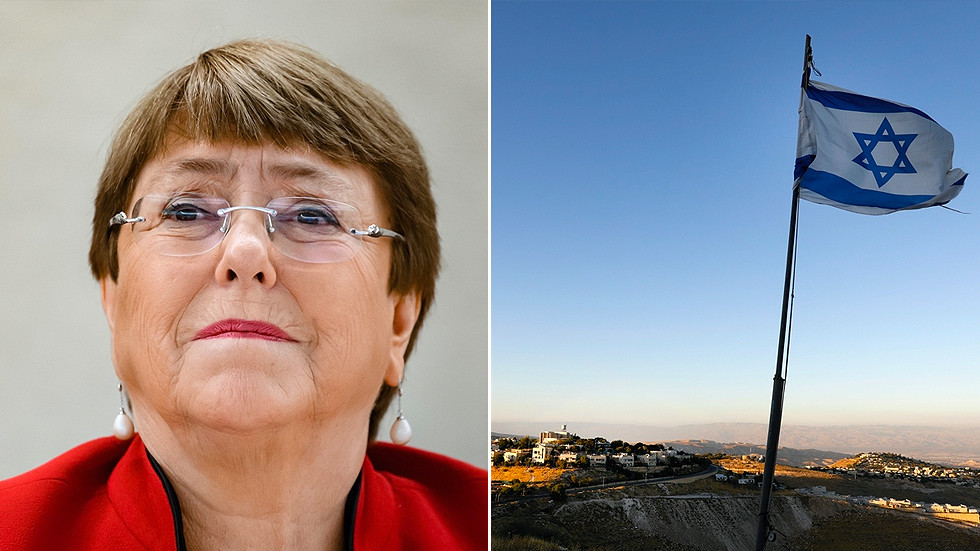 The UN’s top human rights official has condemned Israel’s plans to take over parts of the occupied West Bank, warning that the move would undermine peace efforts, and saying: “Annexation is illegal. Period.”

Michelle Bachelet, the UN High Commissioner for Human Rights and former president of Chile, described Israel’s annexation project as contrary to international law regardless of “whether it is 30 percent from the West Bank or 5 percent.” She urged Israel to halt its plans, warning that the shockwaves of such a move would “last for decades” and cause lasting damage for both sides.

“This is a highly combustible mix. I am deeply concerned that even the most minimalist form of annexation would lead to increased violence and loss of life, as walls are erected, security forces deployed and the two populations brought into closer proximity.”

The annexation would make official the de facto status of Jewish settlements in the West Bank, which are illegal under international law, and where more than 460,000 Jews live, according to census figures.

Bachelet’s statement also warned that many Palestinians could experience difficulties in accessing and cultivating their own land after the seizure of West Bank areas Israel. Furthermore, Palestinians living within the annexed territory would face additional challenges in accessing education, healthcare and humanitarian assistance.

Also on rt.com Belgian parliament calls for EU SANCTIONS against Israel if it proceeds with West Bank annexation

The human rights chief said that an effort to annex any part of the occupied Palestinian territory will damage previous efforts to secure peace in the region, and is likely to “entrench, perpetuate and further heighten serious human rights violations that have characterized the conflict for decades.”

Israeli Prime Minister Benjamin Netanyahu’s government is pushing to extend Israeli sovereignty over Jewish settlements in the West Bank. His administration is expected to begin formal annexation procedures on Wednesday, despite criticism from the Palestinian leadership and foreign governments, especially Arab nations.

Last week, Palestinian Islamist group Hamas said that the annexation would be considered a “declaration of war” and warned that Israel will pay an “unprecedented price” if it goes ahead with the plan.

The UN has condemned the annexation plans as “unlawful” and “21st-century apartheid”, while expressing its regret over Washington’s support for the scheme. EU foreign policy chief Joseph Borrell has urged member states to work together to “discourage any possible initiative toward annexation.” The French government has warned of a possible “reprisal” against Israel if it goes ahead with the move.