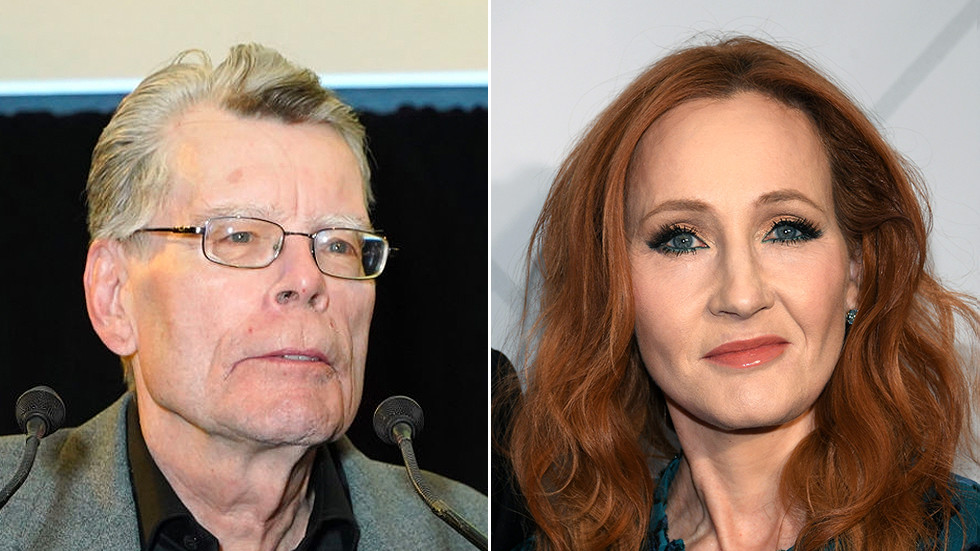 J.K. Rowling, who’s already on the woke crowd’s blacklist over transgender rights, has stopped following Stephen King on Twitter after he disagreed with her on whether “trans women are women.”

The unexpected exchange began after Rowling posted a series of tweets in response to an apology from UK Labour Party MP Lloyd Russell-Moyle, who had earlier accused the author of “using” her experience of domestic abuse and sexual assault to promote views that some transgender advocates find transphobic.

Accepting Russell-Moyle’s apology, Rowling quoted feminist writer Andrea Dworkin, who said it “isn’t hateful for women [to] speak about their own experiences, nor do they deserve shaming for doing so.”

The phrase apparently struck a chord with King, who retweeted it without any comment. Rowling quickly thanked King for seemingly endorsing her message, adding that she had “always revered” him and that her love for the American author had reached “new heights.”

King, meanwhile, was immediately accused his followers of helping to “spread Rowling’s rhetoric” and retweeting “transphobia.” Many argued that King had taken Rowling’s tweet out of context, with one person urging King to clarify whether he believes that “trans women are women.” King replied with “Yes. Trans women are women.”

Rowling then deleted her tweet praising King and apparently unfollowed the writer. As of Monday, King is no longer listed among the people Rowling follows on Twitter.

Rowling has made several comments that angered transgender advocates in the past. Earlier this month, she wrote a blog post arguing that biological women will be “less safe” if transgender women are allowed into same-sex bathrooms and changing rooms. Rowling’s critics, including actors Daniel Radcliffe and Eddie Redmayne, accused the author of promoting discrimination against transgender people.

Also on rt.com JK Rowling’s sexual-abuse revelation is timed to deflect from her ‘transphobia’ – and, #MeToo logic, it should’ve worked