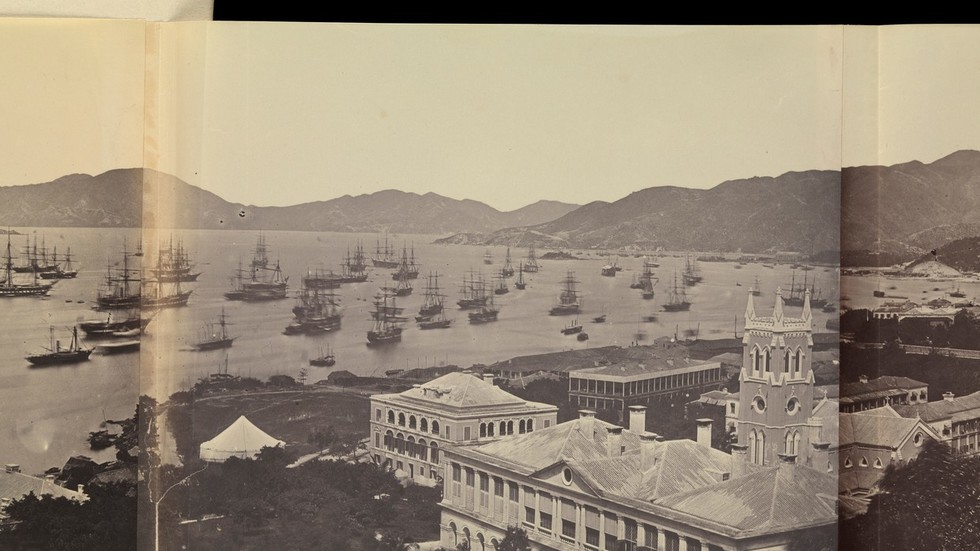 The New York Times has seemingly gone out of its way to convince its American readers of its wholehearted support for the protests against racism – and the legacy of colonialism, for that matter – that have engulfed the US. However, its reporter in Hong Kong picked a photo depicting one of the most brazen acts of colonialism for his social media header.

Also on rt.com UK ruled Hong Kong without a trace of democracy or human rights but is now ‘deeply concerned’ at China’s security proposals

He promptly deleted it, though, after Carl Zha – a podcaster who focuses on China – revealed the context of the image. The black-and-white photo depicting ships in a harbor turned out to be one of a series of images snapped British-Italian war photographer Felice Beato in 1860, as an Anglo-French armada prepared an attack on China during the final phase of the infamous Second Opium War.

Zha posted another of Beato’s iconic photos from the series as he tweeted about Ramzy’s curious choice of banner picture.

The conflict was a blatant aggression the colonial powers against China, with the sole purpose of extorting commercial privileges and territorial concessions. One of the most heinous parts of the conflict was that London particularly sought to secure its right to the unrestricted export of opium to China – something that Beijing actively resisted until it was forced into submission. The British seized Hong Kong as a result of one of the Opium Wars.

Either Austin Ramzy who had been @nytimes reporter in China for yrs totally ignorant of symbolism of using the Opium War photo of Western nations preparing to attack China, or intentionally use it because of its symbolism as US ratchet up tension with China. Judge for yourself…

The reasons for such an apparently insensitive choice of cover image on the reporter’s Twitter account remain unknown, as Ramzy has not commented on it publicly. As noted some commenters on the platform, him picking that photo was equivalent to a foreign journalist in Russia using a picture of “Wehrmacht massed at the [Soviet] border,” or anyone putting a photo of the Auschwitz concentration camp during Nazi rule on their cover.

This would be the equivalent if someone covered Russia and their background was the Wehrmacht massed at the Russian border.

I guess it’s OK. Nothing different from some white dude having a pic of auschwitz as their background. Lol

Other Twitter users highlighted the poor impression given a US journalist using such a photo at a time when Washington supports the Hong Kong protests, and amid extremely strained US relations with Beijing.

He’s getting ready for the new invasion of Hong Kong NATO !

At least he makes clear whose side he is on. And also, that whatever reporting he does can’t be trusted.

Soon after the photo started attracting critical attention, Ramzy promptly changed his cover image to a more neutral picture of modern-day Hong Kong – without providing any insight into his sudden change of heart or the initial banner photo choice.