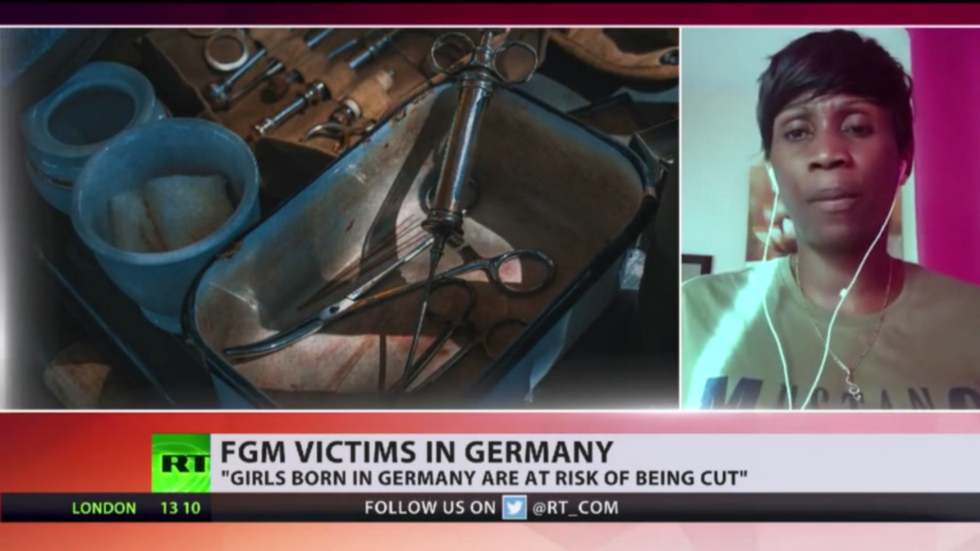 An activist and victim of female genital mutilation (FGM) living in Berlin told RT “big action” is needed to tackle the issue in Germany, which has seen a rapid rise in women and girls forced to undergo the torturous procedure.

Artist and activist Fatou Mandiang Diatta underwent the dangerous procedure in her native Senegal when she was about four or five years old.

I remember how my mum asked me not to cry. Her face was so serious in front of me. I remember two ladies – one was holding my hand and the other one my legs. And there was a third one who did something quite painful…

Having been so young at the time, Diatta did not fully understand what had happened to her until she later began studying anatomy in college.

“I discovered that it was that day when damage was done to my body,” she told RT.

Female circumcision is performed around the world on the pretext of religious and cultural beliefs – and is viewed as a grave violation of human rights the United Nations. Many victims are subjected to FGM when they are still babies, with some not even surviving the cruel and traumatic procedure.

“In my neighborhood, two babies passed away from FGM,” Diatta recalled. “We all knew about it, but no one said anything. It was a taboo in the village.”

The number of women and girls in Germany who have undergone FGM has increased to 68,000 in 2020 – a 44 percent rise from 2017. Family Affairs Minister Franziska Giffey has linked the rise to the growing number of immigrants coming from countries where FGM is widely practiced, like Nigeria, Eritrea, Somalia, and Egypt.

Giffey called FGM an “archaic crime” which has “has lifelong physical and psychological consequences” and called for local communities to enact new measures to help protect girls.

Yet, “more and more” girls and women in Germany are facing the risk of having their genitals mutilated, Giffey warned, adding that the number of those exposed to that risk stands between 2,800 and 14,900, even though the country passed legislation prohibiting the procedure in 2013.

Diatta described the “big shock” she felt after learning that female circumcision is being performed on girls born in Germany as well – and the activist stressed that that practice is not limited to incoming refugees.

People were thinking that it’s an African issue, but it’s not. Kids that are German… are also at risk. Most of the girls don’t even know what’s happened to them.

She believes that projects to better integrate migrants in society and more awareness can improve the situation.

“If an issue like FGM is still going on in 2020 in Germany – I think big action needs to be taken,” she said.