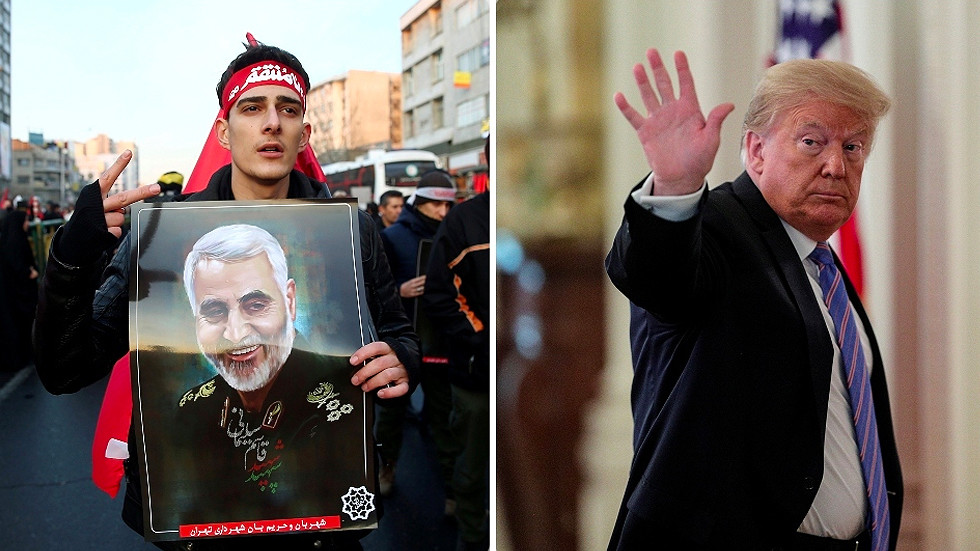 Iran has identified 36 people involved in the US assassination of General Qassem Soleimani and will seek their arrest through Interpol channels, media reports said. The list of suspects is topped President Donald Trump.

The names of the suspects in the high-profile murder of Iran’s elite Quds Force commander have been relayed to Interpol Tehran’s chief prosecutor Ali Alghasi-Mehr, Iranian media said on Monday. The official called the killing a “murder” and a “terrorist act.”

President Donald Trump is at the top of the list, and his prosecution will be pursued even after his term is over.

Soleimani was killed on January 3 during a visit to Iraq, when his car was hit a US airstrike. The Trump administration justified the attack, which also killed a prominent Iraqi commander and several other people, saying the Iranian general was plotting attacks on US soldiers.

The popular general received a hero’s funeral in Iran, with millions taking to the streets on the days of the ceremony. Soleimani is credited with organizing and supporting Shiite militias, which fought against the terrorist group Islamic State (IS, formerly ISIS) in Iraq and Syria. He was also considered to be a key figure in Tehran’s confrontation with US influence in the Middle East.

Also on rt.com Iran has ‘no problem’ talking to US if it apologizes & offers refund over nuclear deal – President Rouhani

The assassination lead to a surge in hostility toward the US in Iraq. Its parliament even voted to have all foreign troops removed from Iraqi territory. The instruction is yet to be implemented the Iraqi government, however.

Trump ordered the assassination of Soleimani amid a period of increased tension in Iraq. The situation escalated after several attacks on bases hosting US forces and those held Iran-backed Iraqi militias in what appeared to be a cycle of tit-for-tat retaliations.

Days before the killing of Soleimani the US embassy in Baghdad was ransacked a crowd of protesters, who stopped short of attacking the staff of the diplomatic mission.