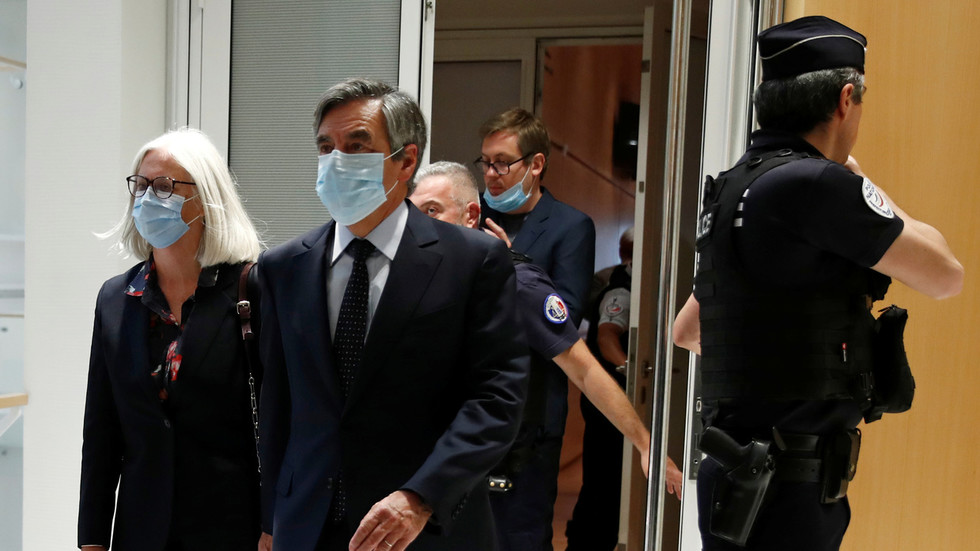 Former French PM Francois Fillon has been sentenced to five years in jail, with three of them suspended, and a hefty fine for paying his wife hundreds of thousands of euro from public funds for a minor job she was assigned.

Fillon was found guilty of embezzlement and concealment of a crime a French court which handed him down a five-year prison sentence. The veteran politician will likely spend less time behind bars though since three out of five years are suspended.

Once a high-ranking state official, Fillon has eroded the public trust in the ruling class as a result of his scheme, the judge said. “Mrs. Fillon was hired for a position that was without use,” chief judge Nathalie Gavarino said, adding that “nothing could justify such remuneration” and the “substantial personal enrichment” of the couple was a result of a scam.

Together with Fillon’s former advisor – and the third co-defendant in this case, Marc Joulaud – the couple was also obliged to pay more than €1 million ($1.13 million) to the French National Assembly in addition to the fines. Joulaud was also handed down a suspended three-year sentence.

The politician’s lawyers meanwhile denounced the court decision as “unfair” and exceedingly “harsh,” adding that the couple will appeal it and “there will be a new trial.”

The scandal that led to this ruling broke out back in January 2017 – just ahead of the presidential election held between April and May of that year. The ex-prime minister under President Nicolas Sarkozy, a Republican, Fillon was considered one of the frontrunners in the race – alongside National Front leader Marine Le Pen and Emmanuel Macron who eventually emerged as the winner.

The scandal dealt a heavy blow to Fillon’s campaign, although he did not pull out from the race and denounced the accusations against him as an attempt to “take him down.” He lost in the first round of the elections.

Now, the veteran politician, 66, will be barred from running for any public office for at least a decade as part of his sentence.