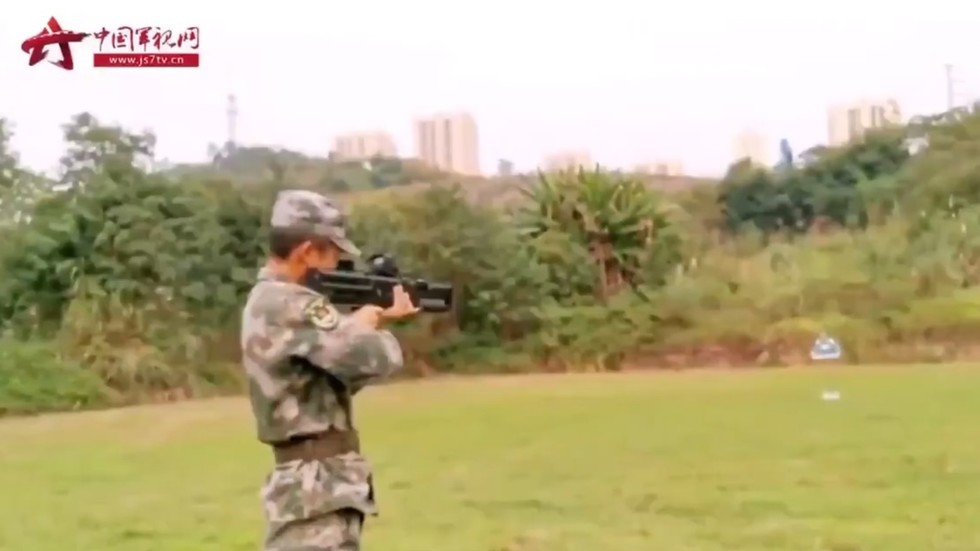 The futuristic firearm is being developed the Army Logistics University of the Chinese People’s Liberation Army (PLA) and is called the Small Synchronous Induction Coilgun, according to Global Times. A video demonstration was posted last week on the website js7tv.cn.

The footage shows soldiers testing three versions of the electromagnetic weapon, with sizes ranging from a bulky carbine, to a large handgun, to a pistol carried a miniature robot.

In the video, shots from the larger weapons successfully penetrate sheets of steel and multiple plywood plates, while drones are used to burst balloons, suggesting that they have more limited firepower.

A coilgun uses rows of electromagnetic coils to quickly accelerate a bullet. The principle is well known, but producing a practical personal weapon has proved challenging due to the high power consumption and need to switch between coils at high speed.

Similar technology is used in the US Electromagnetic Aircraft Launch System, which replaces traditional steam catapults with electromagnetic motors on advanced aircraft carriers. Larger-scale coilguns have been proposed as naval weapons, but should not be confused with more promising railguns. The latter use parallel conductors to accelerate a projectile sliding along them.

Global Times suggests that the Chinese coilguns, if and when they enter service, would be used special operations units. The weapons produce no muzzle flash and are far quieter than firearms, meaning they could be used on stealth missions.