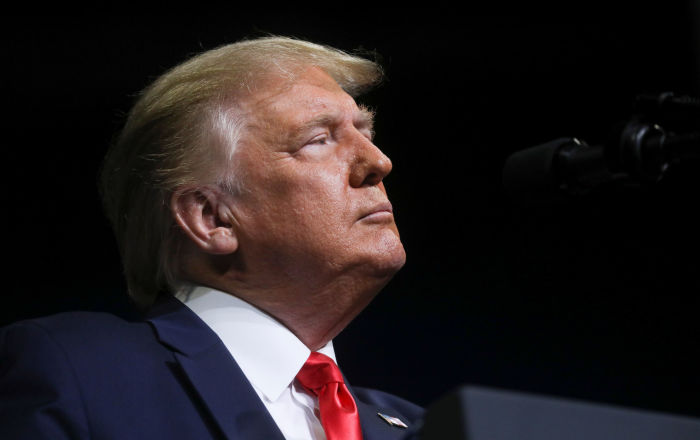 Netizens have slammed President Trump for sharing 15 “wanted” posters of rioters who the United States Park Police and the FBI are already searching for in connection with vandalising the Andrew Jackson statue in Lafayette Square.

Anti-racism activists have been captured vandalising state property, including statues and monuments commemorating American historical figures somehow linked to racism or slavery, which has become one of the main targets for protesters.

However, users on social media were not happy with the posters, with some mocking Trump’s “Wild West” style and others saying that he deliberately endangered protesters, as they can be easily identified, despite having broken the law.

“This is targeted harassment the most powerful person in the world”, one user wrote.

Are we all ignoring the fact that Trump is sharing Wanted posters on Twitter, like his fanbase isn’t going to try and attack anyone who looks like them?

Others expressed support for the actions of protesters, saying it is justifiable to destroy monuments of Confederates.

I feel like we’re not talking enough about Trump putting wanted posters on his twitter. He’s inciting violence against protesters.

On Friday, the US president signed an executive order to protect federal monuments, memorials and statues after individuals vandalised the statue of former President Andrew Jackson and attempted to take it down while also defacing St. John’s Church in Washington, DC.

Earlier on Tuesday, Trump said via Twitter that he authorised the federal government to arrest any person vandalising and destroying any monument or statue, and has introduced prison sentences of up to ten years for such acts. “They are bad people, they don’t love our country, and they are not taking down our monuments. I just want to make that clear”, the president said.

…..This action is taken effective immediately, but may also be used retroactively for destruction or vandalism already caused. There will be no exceptions!