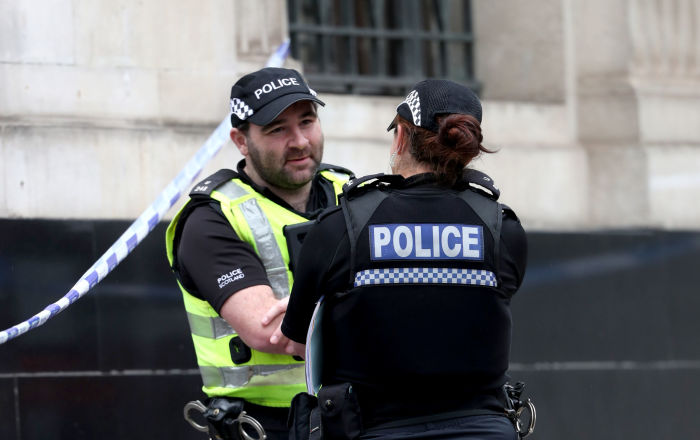 “The man who died after being shot armed officers during the incident in West George Street, Glasgow, on Friday, 25 June, can now be named as Badreddin Abadlla Adam, 28, from Sudan. The identity is based on information the deceased provided to the Home Office earlier this year”, the Police Scotland said in a statement, posted on Twitter. It added that the investigation into the incident was underway.

UK Prime Minister Boris Johnson and Scottish First Minister Nicola Sturgeon have both said that their thoughts are with those involved.

Deeply saddened the terrible incident in Glasgow, my thoughts are with all the victims and their families.

Thank you to our brave emergency services who are responding.

My thoughts today remain with Constable Whyte – whose bravery we are all deeply grateful for – and the other people who sustained injuries in yesterday’s terrible incident. I wish them all a full and speedy recovery. https://t.co/9FenekdFin

The incident took place in a hotel stairwell in the city’s central district. Scottish law enforcement officials have confirmed that six people, including a police officer, were stabbed during the attack. The assailant was shot dead armed officers responding to the incident.

On 20 June, another stabbing attack in the UK city of Reading left three people killed, with a further three wounded. The suspect, who was arrested at the scene, was later named as Khairi Saadallah, a Lian refugee.