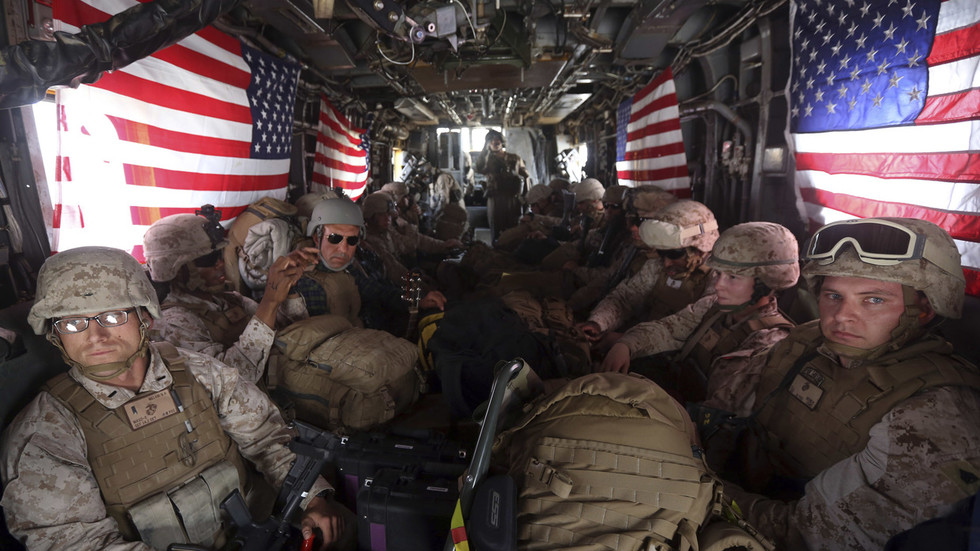 Trump took to Twitter to debunk the NYT report, which claimed that he failed to act against Russia after US intelligence told him that Moscow was secretly offering and paying money for attacks on coalition troops in Afghanistan.

…Nobody’s been tougher on Russia than the Trump Administration. With Corrupt Joe Biden & Obama, Russia had a field day, taking over important parts of Ukraine – Where’s Hunter? Probably just another phony Times hit job, just like their failed Russia Hoax. Who is their “source”?

“Everybody is denying it & there have not been many attacks on us,” he said. “Nobody’s been tougher on Russia than the Trump Administration.” The president contrasted his record with his challenger in the upcoming presidential Joe Biden, saying he and Barack Obama allowed Russia to have a “field day” in Ukraine.

Funny to see Corrupt Joe Biden reading a statement on Russia, which was obviously written his handlers. Russia ate his and Obama’s lunch during their time in office, so badly that Obama wanted them out of the then G-8. U.S. was weak on everything, but especially Russia!

The New York Times story alleged that Russia’s military intelligence had paid Taliban-linked militants in Afghanistan to attack NATO soldiers. Trump was briefed on the issue in March, but failed to act on the information, the newspaper claimed. However, the White House and US Director of National Intelligence John Ratcliffe denied that the briefing described in the report ever took place.

Russia’s Foreign Ministry has dismissed the New York Times story as an “unsophisticated plant” that “clearly illustrates the low intellectual abilities of the propagandists from US intelligence, who, instead of inventing something more plausible, resort to conjuring up such nonsense.”