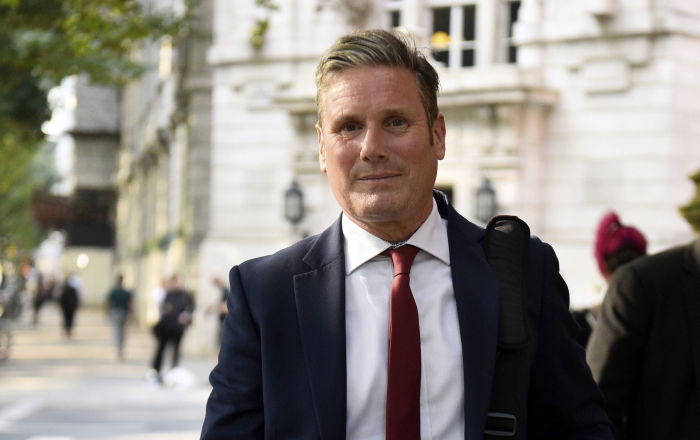 A new poll has shown that more people regard Labour leader Keir Starmer rather than Boris Johnson as the preferred choice for prime minister.

According to an Opinium poll for The Observer, Starmer is publicly preferred to lead the country 37 percent of the voters polled on 25 June, compared with 35 percent who believe that the current Conservative prime minister would be the better choice.

While the Tory party retains a four-point lead over Labour, polling at 44 percent to 39 percent, the gap between the Conservatives and the opposition has narrowed since the impressive lead of over 20 percent registered in February and early March, when Jeremy Corn was reaching the end of his tenure as Labour leader.

Currently, Johnson’s Tory approval is at -10, after registering +26 when Downing Street first introduced full a lockdown in a bid to stop the spread of the pandemic on 23 March.

The shift towards Labour in poll numbers is perceived as a sign of increased disapproval of the government’s handling of the health crisis, as over 54 percent of those questioned voiced concerns that the country was coming out of the lockdown too quickly after crowds of people turned out to enjoy the hot weather last week, packing UK beaches.

On the issue of testing, 59 percent suggested the current levels were insufficient, while 57 percent censured the government for its handling of the NHS Test and Trace system.

Opinium’s head of political polling Adam Drummond was quoted The Independent as saying:

“The scenes at Bournemouth beach and elsewhere over the weekend may have made an impression on voters with a big jump (from 46 percent to 54 percent) in the number saying the UK is coming out of lockdown too quickly”.

“Politically, the ‘new normal’ is that for the first time in over a decade Labour has a leader who outperforms their party while the Conservatives have a leader who underperforms theirs and the crossover in preferred prime minister is a reflection of that”.

Labour leader Keir Starmer has been accusing the government since early June of “mismanagement” and lack of a proper exit strategy amid the ongoing coronavirus pandemic.

He also blasted Boris Johnson for allegedly “winging it” in regard to the easing of the lockdown.

The UK started easing restrictions on 1 June, in line with the previously announced roadmap, which offers guidelines on a staged re-opening of public places and businesses.

“What we appear to have got is an exit without a strategy. We want to see society reopen, we want to see more children back at school, obviously people want to see their families and we want to see businesses open… But like many people across the country, there is a growing concern the government is now winging it. At precisely the time when there should have been maximum trust in the government, confidence has collapsed”, said Starmer.

Earlier, as he addressed the PM during a parliamentary session on 24 June, Starmer also deplored the government’s procrastination over rolling out a COVID-19 contact-trace app which had been promised the Tories since mid-May.

Several countries, such as Germany, France, Australia, Singapore, and Latvia, have reportedly set up a functioning coronavirus tracing app.

Last week, the UK government announced that it was still working on the app, bringing forward the work carried out the Google/Apple framework.