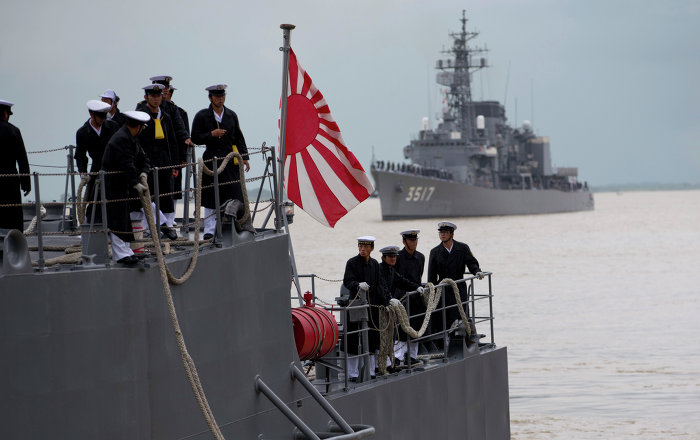 According to the Yomiuri Shimbun daily, the government’s opinion is that should a Japanese commercial vessel be attacked a third party vessel while there is a Japanese patrol ship in immediate vicinity, the latter’s use of force would not be in violation of the constitution’s Article 9, dubbed “peaceful” and prohibiting Tokyo from using force for settling international conflicts.

Last June, a tanker of a Japanese subsidiary was attacked in the Middle Eastern waters, which prompted Tokyo to revisit the ninth article and consider sending escort patrol ships.

Japanese warships are still prohibited from using force to protect foreign vessels under any circumstances or protect own commercial ships if the attack occurred at distance.

Throughout January and February, Japan sent a destroyer and Lockheed P-3 Orion surveillance aircraft to patrol an area covering the Gulf of Oman, the northern part of the Arabian Sea and the Gulf of Aden, while omitting the Persian Gulf and the Strait of Hormuz.