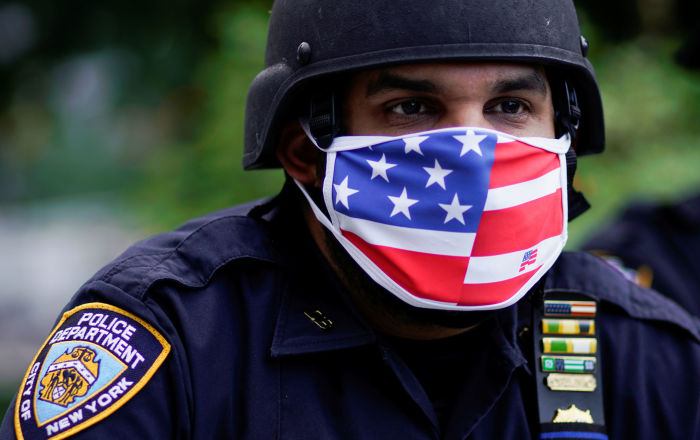 The annual budget of New York Police is averagely $6 billion. In 2019, it was roughly 6 percent of the city’s total spending. The next fiscal year is due to begin on 1 July.

The protest movement dubbed “Occupy City Hall” has been ongoing since this past Tuesday in the City Hall Park. The initial couple dozens protesters have grown into around a thousand at this point. They plan to continue the action at least until 30 June.

One of the organizers elaborated their demands to Sputnik, saying that the deducted $1 billion should be invested in making the predominantly Black-populated areas a safer space and providing them with better schools and affordable living. According to the organizer, the safest areas in the United States have the least of police presence because they have better schools, better health care, fewer homeless and more efficient social services.

The Sputnik correspondent reported that the protest was peaceful and drastically different its atmosphere from initial nationwide riots triggered the killing of George Floyd in police custody. Attendants are mainly students and creative professionals, such as artists who continuously draw Floyd’s portraits and placards. There is no police present, but the demonstrators have claimed that non-uniformed officers are among the crowd.