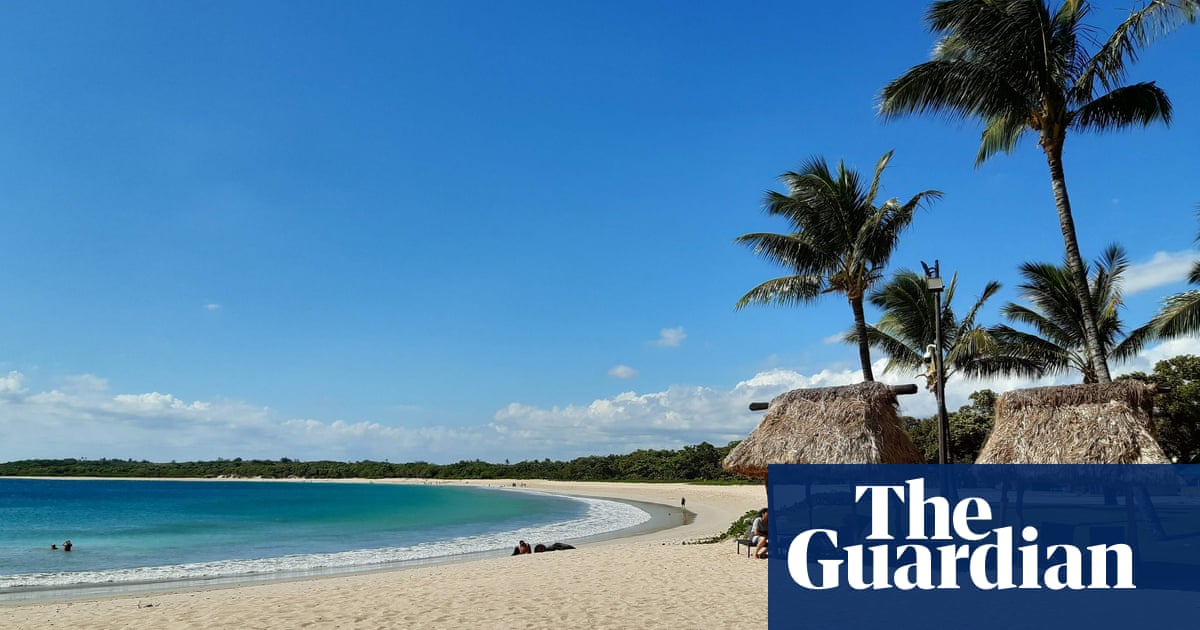 After months of strict Covid-19 lockdowns and resolutely closed borders, Fiji is open – for billionaires.

“So, say you’re a billionaire looking to fly your own jet, rent your own island, and invest millions of dollars in Fiji in the process. If you’ve taken all the necessary health precautions and borne all associated costs, you may have a new home to escape the pandemic in paradise,” the prime minister said in a remarkably frank tweet.

Bainimarama said the country would also welcome travellers arriving yacht who were prepared to spend 14 days at sea – or make up the balance in quarantine in Fiji.

The country’s attorney general, Aiyaz Sayed-Khaiyum, has announced the first planeload of 30 “high-net-worth individuals… from a very well-known company” were set to arrive private plane in the archipelago nation on Sunday.

“We already have one group coming,” Sayed-Khaiyum said during a national budget consultation. “We just did the approval … for the flight to come in, and they’ll be spending three months here. There’s about 30 of them, and a very well-known company they are coming from.

“They are coming in their private jet, and then they get on the seaplane, and then they go to the island and they stay there for three months. From our perspective, this is a balance between managing our health risk and also opening up the economic pathways; it’s critically important to do that.”

It’s not known from which country – or company – the group is coming.

Fiji has had only 18 confirmed cases of Covid-19, none fatal, and there have been no cases for three weeks. But there are fears, should the virus take hold, especially on remote islands, the country’s limited public health infrastructure could be quickly overwhelmed.

But about 40% of Fiji’s GDP is generated international tourism – and while the country has, so far, escaped the feared coronavirus health crisis, the shutting of international borders has paralysed the economy, and devastated household incomes.

This week, the chief executive of Fiji’s foundation for rural integrated enterprises and development, Sashi Kiran, said in parts of Nadi where police had previously received about three reports of crop theft a week, they were now fielding hundreds a day.

Coronavirus in the Pacific: weekly briefing

“The stories we are hearing are breaking our hearts,” Kiran said.

Co-ordinator of the Fiji Women’s Crisis Centre, Shamima Ali, said her organisation was handing out food parcels to families that had lost all income “on an almost daily basis”.

“Basic medicines, people cannot afford, people fronting up to us, needing surgeries that should be a matter of course, but they are not getting. Health services are responding to Covid-19 at the expense of people’s lives.”

Bainimarama has announced his intention to establish a “Bula Bubble”, allowing for travel between Australia, New Zealand and Fiji “in a manner that is carefully controlled and safely insulated”.

“Everywhere they go will be wholly dedicated to others who match the same criteria, safely guided what will be called ‘VIP lanes’, allowing them to vacation in paradise,” he said.

But Bainimarama, and other Pacific leaders, have been frustrated Australia and New Zealand’s commitment to opening a travel “bubble” with each other first, before considering allowing travel to Pacific islands, many of which have escaped the virus entirely.

Australia and New Zealand’s planned “Trans-Tasman bubble” has grown more complicated, with a renewed, though low-level, surge of infections in both countries. By global standards, however, both have weathered the pandemic remarkably well, with just 7,601 and 1,522 confirmed cases respectively. Australia has had 104 deaths, New Zealand 22.