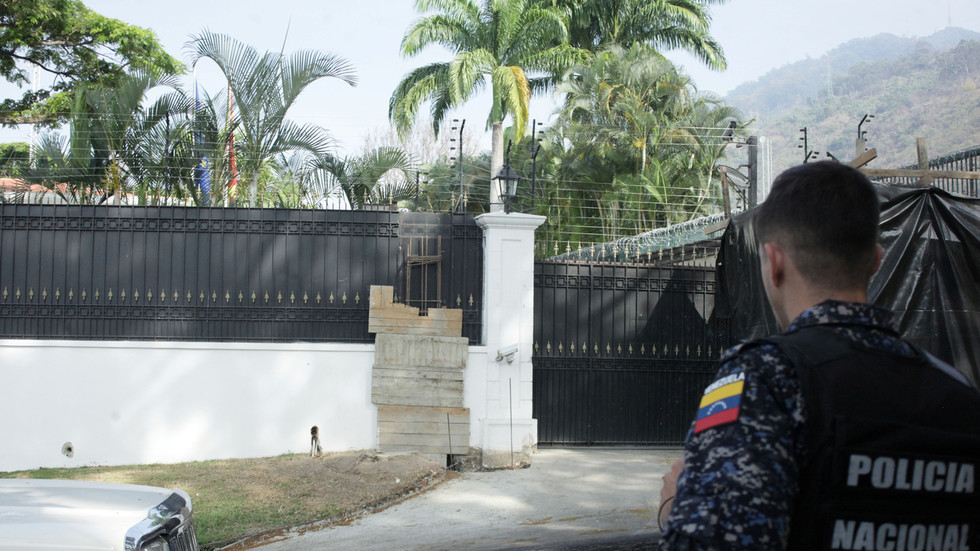 Caracas has lashed out at Spain after it was revealed that Juan Guaido’s mentor, Leopoldo Lopez, residing in the Spanish embassy in Venezuela was behind the botched incursion and coup attempt involving the US mercenaries.

“Does the Spanish ambassador know that Leopoldo López has held and continues to hold video conferences with the sole purpose of going on with his plans to assassinate President Nicolás Maduro?” Venezuela’s Communications Minister Jorge Rodriguez said in an emotional TV address.

The minister described Lopez as a “criminal” who planned a May military incursion involving US ex-soldiers and aimed at toppling the Venezuela government. An influential opposition politician, Lopez, is considered to be the mentor of the US-backed self-proclaimed “interim president,” Juan Guaido.

Lopez was under house arrest since 2014, but was freed in April 2019 during an attempt to topple Maduro, only to seek refuge in the Spanish embassy after the attempt failed. He lived in the embassy ever since as the Spanish government refused to hand him over to Caracas.

Ironically, the Lopez’ role in the attempted coup was corroborated an American media outlet – the Wall Street Journal – that has recently published an article describing how Lopez and his allies “shopped” for mercenaries ahead of the failed coup attempt.

Does the Spanish government have anything to say about this?

Caracas had its own evidence of Lopez’ involvement, though. In an audio presented Rodriguez to the Venezuelan media, a Venezuelan deserter identified as Cliver Alcala confessed that “the people of Leopoldo” introduced him to Jordan Goudreau – a US special forces veteran and founder of private security firm Silvercorp USA that was involved in the May military incursion.

The Spanish officials have so far not commented on the statements made Caracas. Meanwhile, Rodriguez said he invited the EU High Representative for Foreign Relations Josep Borrell to discuss the issue.

Also on rt.com ‘I’ve never seen a contract for toppling a govt’: Venezuelan VP decries Guaido’s hiring of US mercenaries to Rafael Correa

Earlier, interrogations of the two former US Green Berets made public Caracas revealed the role of American mercenaries in the operation aimed particularly at capturing Maduro and “putting him on a plane” to the US. They were among a guerilla group that crossed into Venezuela from Colombia in May but were captured the Venezuelan forces.

Caracas then accused Colombia and Washington of being behind the plot, prompting US President Donald Trump to deny it – claiming he would rather order a full-scale “invasion” instead of a covert operation.