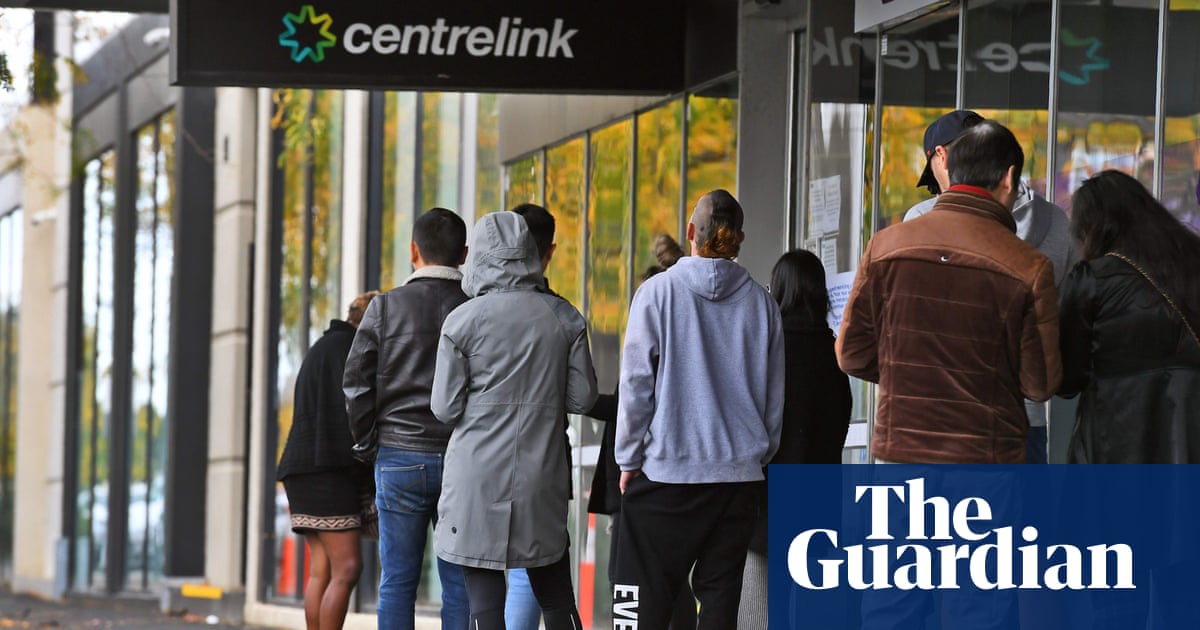 The Australian government insists it is focused on the next phase of “short-term measures” to support people through the coronavirus pandemic amid reports it is considering a permanent $75 per week lift in unemployment benefits.

The government has been coming under increasing pressure over the drop-off in economic supports due in September, with the Qantas announcement last week of a further 6,000 job cuts adding to expectations of extended economic pain.

With a week to run before the Eden-Monaro election, and amid growing focus on the looming “cliff” in support measures, senior ministers have reportedly told News Corp’s Sunday tabloids a $75 weekly rise in the jobseeker allowance base rate was “the preferred option” for changes after the pandemic.

The speculation emerged as the government meanwhile received a report on the Treasury’s review of the jobkeeper wage subsidy – with announcements out of that review not due for another few weeks.

The government has faced calls to ensure jobseeker, previously known as Newstart, does not “snap back” to the $40 a day base rate that a wide range of business and civil society organisations have long said is inadequate. Labor said on Sunday that people “should not be forced to live in poverty” in Australia.

News Corp cited several unnamed government ministers as confirming that the rate would be permanently lifted – and the report suggested the permanent increase could be part of the next phase of economic support measures to be unveiled the treasurer, Josh Frydenberg, next month.

On Sunday the government did not explicitly rule out the idea but played down that it was considering a permanent increase.

The social services minister, Anne Ruston, told reporters on Sunday the government was “very focused on the temporary measures we need to put in place to make sure that we can get Australians through this pandemic to the other side”.

Ruston indicated any discussion about a permanent increase was an issue to consider after the pandemic, because it was still unclear “what the new normal is going to be”.

“When we’re through the other side of the pandemic, that’s the time for a discussion,” she said.

Earlier, Ruston’s spokesperson said the government was “focused on the next phase of short-term measures” and responded to the News Corp report saying there were “no such proposals before the government or under consideration for the economic statement next month”.

The temporary “coronavirus supplement” effectively doubled the rate of the jobseeker allowance to about $560 per week.

Labor’s education spokesperson, Tanya Plibersek, told Sky News she was “pretty disappointed” the report of a permanent increase in the rate “didn’t last through breakfast”.

The opposition’s social services spokesperson, Linda Burney, said many Australians were “incredibly anxious to know what will happen” when the coronavirus supplement reached its scheduled end in three months.

Burney said the base rate was so low it was a barrier to securing a job, as many people were unable to afford essentials, transport, clothing, training and tools they needed to find work.

“Simply ‘snapping-back’ to the base rate would push people into poverty, make it harder to find work, and risk derailing the economic recovery,” she said.

“Since the start of the coronavirus pandemic, the number of people on unemployment benefits has more than doubled. Almost two million people are now relying on them to get .”

Pressure for a permanent or extended increase in unemployment benefits has been building – including from within Coalition ranks. On Wednesday, the Australian Industry Group, Business Council of Australia and Council of Small Business Organisations called on the government to retain higher unemployment benefits and not to scrap the jobkeeper wage subsidy without further industry assistance.

A Treasury review of jobkeeper – due to be handed to the government the end of June – was provided to Frydenberg on Friday, the ABC reported.

Scott Morrison, the prime minister, has acknowledged some sectors such as aviation and tourism will require continued, targeted support beyond September.

Announcements stemming from the jobkeeper review are due in the third week of July – after the 4 July election in Eden-Monaro.