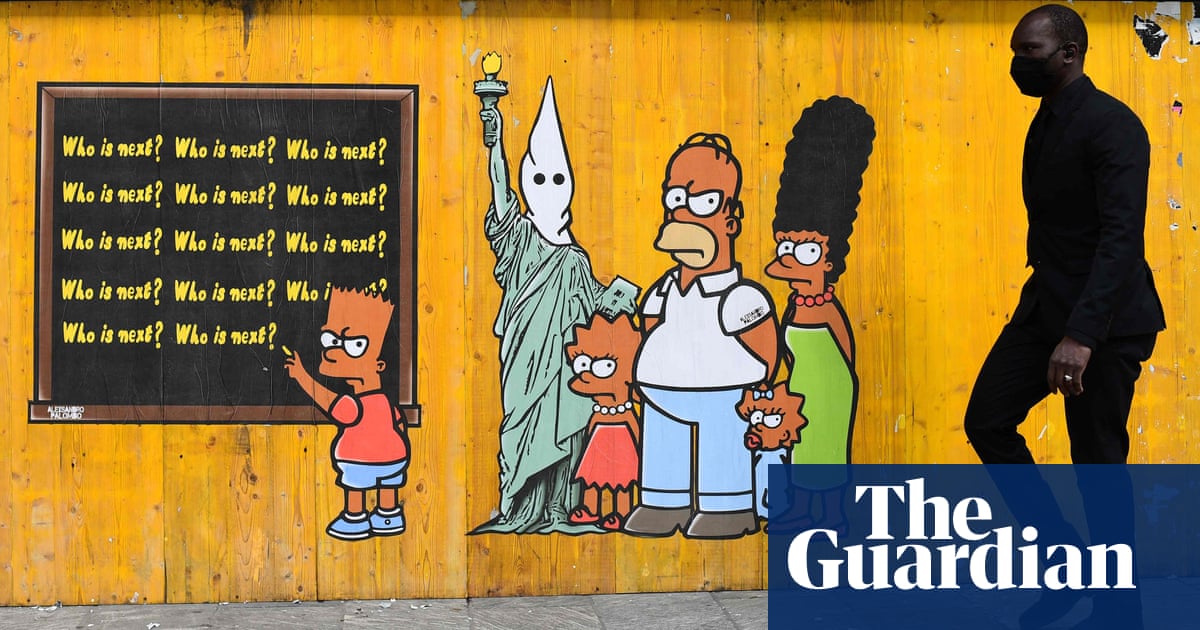 The Simpsons is ending the use of white actors to voice characters of colour, the show’s producers have said.

“Moving forward, ‘The Simpsons’ will no longer have white actors voice non-white characters,” they said in a statement on Friday.

The statement did not elaborate, but the move follows years of public pressure about the Fox television show’s Indian convenience store character Apu, who has been voiced Hank Azaria.

Simpsons actor Hank Azaria says he’ll no longer voice Apu: ‘We all agreed on it’

Azaria said earlier this year that he would no longer play the character, which has been criticised as a negative portrayal of Indian-Americans.

Azaria has also voiced the Simpsons characters of Black police officer Lou and the Mexican-American Bumblebee Man. The white actor Harry Shearer has played Dr Hibbert, who is Black.

Friday’s statement did not say whether Apu or the other characters would remain on the series.

Bumbling Homer Simpson, housewife Marge, troublemaker Bart, prodigy Lisa and ba Maggie, have captured the changing face of America for more than 30 years in the longest-running scripted show on US television.

The Simpsons is syndicated in more than 100 countries.

Friday’s announcement comes amid a widespread reckoning for US pop culture about racism following mass protests this month over the killings of Black Americans police that began following the death of George Floyd.

Other white actors, including Mike Henry of animated series Family Guy and Kristen Bell of Central Park, have also said they will no longer voice characters of colour.

“It’s been an honour to play Cleveland on ‘Family Guy’ for 20 years. I love this character, but persons of colour should play characters of colour. Therefore, I will be stepping down from the role,” Henry said on Twitter on Friday.

In The Simpsons, Apu’s first appearance came on a season one episode called The Telltale Head, uses the catchphrase: “Thank you, come again.”

Criticism of the character heightened in 2017 with the release of a documentary the comedian Hari Kondabolu, The Problem With Apu. Kondabolu argued that Apu’s character presented a negative stereotype of people from South Asia.

While The Simpsons’ first response to the controversy was widely criticised, Azaria swiftly expressed willingness to step down from the controversial role.

“I think the most important thing is to listen to Indian people and their experience with it,” he told Stephen Colbert on The Late Show.

Tags: Animation on TV Culture Television&radio The Simpsons US television