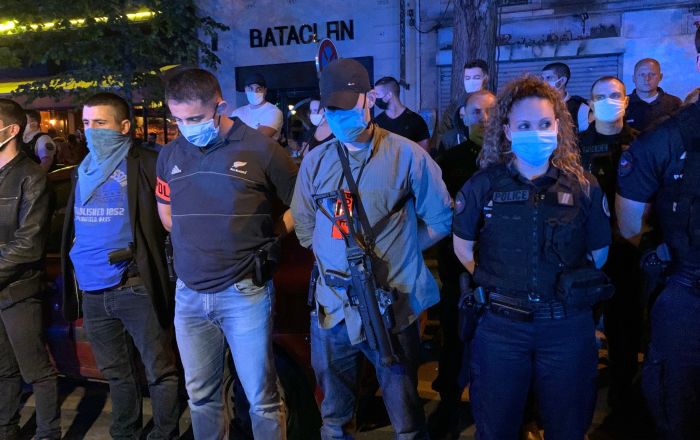 Another nighttime police protest took place in Paris, this time in front of the Bataclan theatre.

As usual, officers were seen throwing their handcuffs on the ground in a symbolic gesture and singing the French national anthem, La Marseilles.

On 8 June, Interior Minister Christophe Castaner triggered anger among the French police after he announced that the practice of strangulation during an arrest will be abandoned in France and vowed to systematically suspend officers suspected of racism.

Protesters in France are some of the most aggressive and regularly engage in fisticuffs with the police, making police unions outwardly support keeping the controversial technique in place.