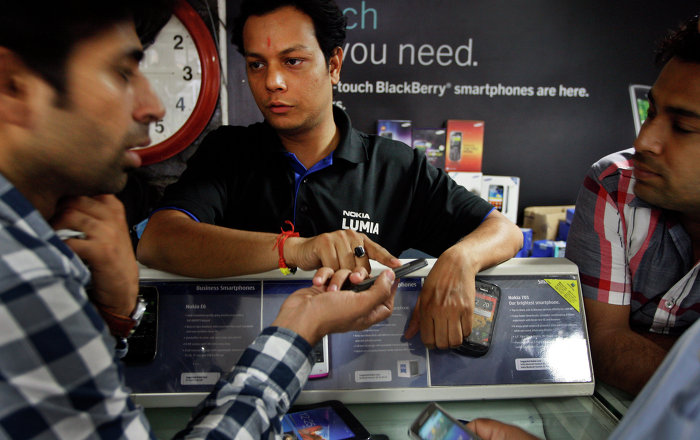 In a bid to create pockets of high speed-enabled developments in defence, smart cities, and healthcare projects, India Telephone Industries (ITI) on Saturday partnered with multi-billion dollar IT services player Tech Mahindra to collaborate on 4G and 5G networks.

ITI is a central government-owned telecommunications equipment manufacturer and Tech Mahindra is an Indian company that operates across 90 countries and is estimated to be worth $5.2 billion.

Earlier last month, Prime Minister Narendra Modi urged Indians to go “vocal for local” to make the country “self-reliant”. The partnership, which coincides with Prime Minister Modi’s vision, will facilitate the stacking of 4G and 5G opportunities to futher empower the “Make in India” initiative.

While ITI will be taking care of the 4G to 5G upgradable radio access network, Tech Mahindra will be responsible for providing the software IPs, implementation and integration of services, operations, and maintenance services.

“The partnership will not only help to reduce dependency on imports of telecom equipment from foreign countries but also address concerns in building a strategic network for defence communication”, the media quoted RM Agarwal, Chairman and Managing Director of ITI as saying.

At a time when India is witnessing an uptick in anti-China sentiment, the nation is taking stringent measures to limit China’s involvement in the country’s development. In recent times, Washington has been warning New Delhi against Chinese tech players over national security concerns.

India is looking for other alternatives to fuel its 5G development and deployment now that the participation status of Chinese companies like Huawei and ZTE, among others, is unclear.

On 26 June, the Cellular Operations Association of India (COAI), the country’s apex telecom representation body signed a memorandum of understanding (MoU) with 5G-ACIA in a bid to shape and execute 5G-enabled mobile communications in different vertical industries.

5G-Alliance for Connected Industries and Automation (ACIA) is a working party of the German electrical and electronic manufacturers association ZVEI.

For now, India is running on affordable 4G networks. In 2019, reports suggested that India would conduct a fresh auction of the 4G spectrum between the 700MHz and 2,500MHz bands in April 2020. The plan which is also currently on hold may occur in the coming months in India.