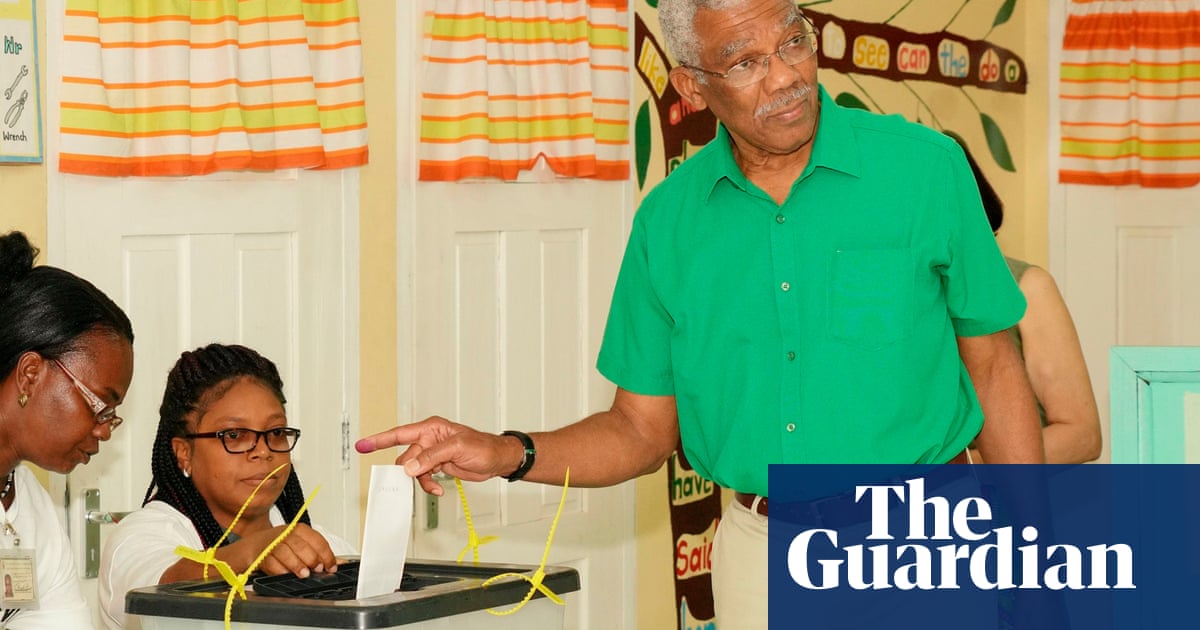 Allegations of mass vote fiddling in the former British colony of Guyana may lead to the country’s discredited government being ostracised unless a court hearing next week can resolve a bitter dispute over election results.

The political stakes in Guyana have risen massively since May 2015 when Exxon Mobil discovered oil reserves potentially worth more than $100bn (£80bn) 200km (124 miles) off the coast – a find big enough to transform a Latin American country of fewer than 1 million people with a GDP of $3bn largely based on sugar, timber, molasses and bauxite. Its current income of $5,250 per head is projected to rise to above $10,000 next year alone.

In a court-enforced and delayed regional and general election on 2 March, the ruling president, David Granger, a retired general, claimed victory and control of the assembly, but was then forced to hold a national recount since it was evident a massive voter fraud had been perpetrated. A recount found the opposition party had won the most votes.

A court hearing next Wednesday due to be held at Guyana’s highest court, the Caribbean court of justice, has been called to settle the issue finally more than three months after the Guyanese went to the polls. But there are signs that Granger will not recognise the court’s jurisdiction, placing the international community in a dilemma.

Speaking to the Canning House thinktank, Greg Quinn, the British high commissioner in Guyana, said: “It has been 116 days since the election. No population should have to wait that long. We need an election result.” Calling for reconciliation and constitutional reform, he said: “Many issues around the election reflect ethnic polarisation and a winner takes all system that is no longer fit for purpose.”

The final election outcome will have a big impact on Guyana’s future relationship with the oil industry. Many observers claim Exxon’s current licence to extract oil needs renegotiating and reflects an entrenched political class.

Others say Guyana is on the edge of a bonanza and will become the richest oil country on earth as measured income per capita. Either way, the impasse over the election result may undermine investor confidence.

The centre of the contested votes is in the largest election district, region four (Demerara Mahaica). Despite widespread objections including from international electoral observers but not from the Partnership for National Unity/Alliance For Change (APNU/C) coalition of the defeated President Granger, the returning officer proceeded to make a declaration based on his numbers that were at odds with the figures on official documents.

But the international diplomatic pressure, and voter anger, forced a 34-day full national recount exercise, which ended in a victory for the opposition People’s Progressive Party/Civic (PPP/C). The recounted figures published on 7 June showed the opposition PPP winning the elections with 233,336 votes while the APNU/C received 217,920 votes.

But the chief elections officer, Keith Lowenfield, then submitted a report denouncing impersonations and invalidating 115,844 votes – nearly a quarter of all votes cast – so giving the APNU/C a win of 5,482 votes. The opposition PPP, initially credited with 233,336 votes, had its vote slashed Lowenfield to 166,343, a reduction of of 66,993.

The recount process had been scrutinised a high-level Caricom team, which in its report to the Guyana Elections Commission last week said that “nothing we witnessed, warrants a challenge to the inescapable conclusion that the recount results are acceptable and should constitute the basis of the declaration of results of the March 2, 2020 elections”.

Other international observers have expressed their unease at the election. The heads of the ABCE diplomatic missions in Guyana – United States, Britain, Canada and the EU – stressed that “every vote cast every voter” must be reflected in the declaration of the final elections results.

The Commonwealth secretary general, Lady Scotland, has also urged Guyana to reflect on its democratic reputation.