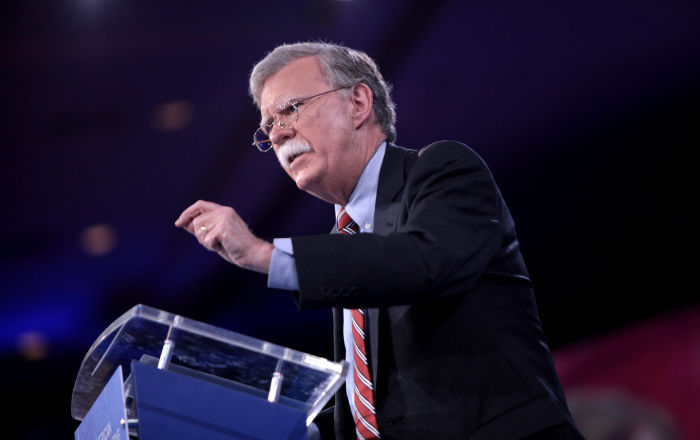 The host referred to the excerpts from the book where Bolton argued that he didn’t approve of the president’s “coddling” of North Korean leader Kim Jong-un and described the Trump-related Ukraine scandal as a “drug deal”.

“How could Biden be worse? What could the Democrat be that you think this list could be surpassed ?”, Maher added.

After Bolton argued that the November election pick could be likened to “comparing apples to oranges”, Maher responded saying that “we only get two choices”.

According to the host, “we only have apples and oranges; there’s only an apple and an orange on the ballot and you have to pick one and even if your vote doesn’t count, your influence does”.

Bolton then suggested that a possible Biden presidency would be “another four years” of former President Obama’s national security policy. At the same time, he warned of a “different set of risks” pertaining to a possible second term for Trump.

“I wish there were a conservative Republican that I could vote for who had a chance of winning, but there’s not. My situation is that I live in Maryland and that my vote doesn’t mean much one way or the other. So I’m going to do the best I can to show philosophically that I remain committed to these national security values that I’ve had for a long time”, Bolton said.

The remarks come after his spokesperson reacted angrily to Bolton’s previous interview with The Daily Telegraph, where, according to the outlet, the ex-national security adviser said that he was intending to vote for Biden rather than Trump.

“This statement is incorrect. The Ambassador never said he planned to vote for Joe Biden. He has consistently said in recent days he will be writing in the name of a conservative Republican. Let there be no doubt — he will not be voting for Trump or Biden”, spokesperson Sarah Tinsley told the news outlet Axios on Monday.

Bolton’s book titled “The Room Where It Happened: A White House Memoir” was published on 23 June and focused on detailing Bolton’s days as national security adviser from April 2018 to September 2019. Trump lambasted the book as “a compilation of lies and made up stories, all intended to make me look bad”.