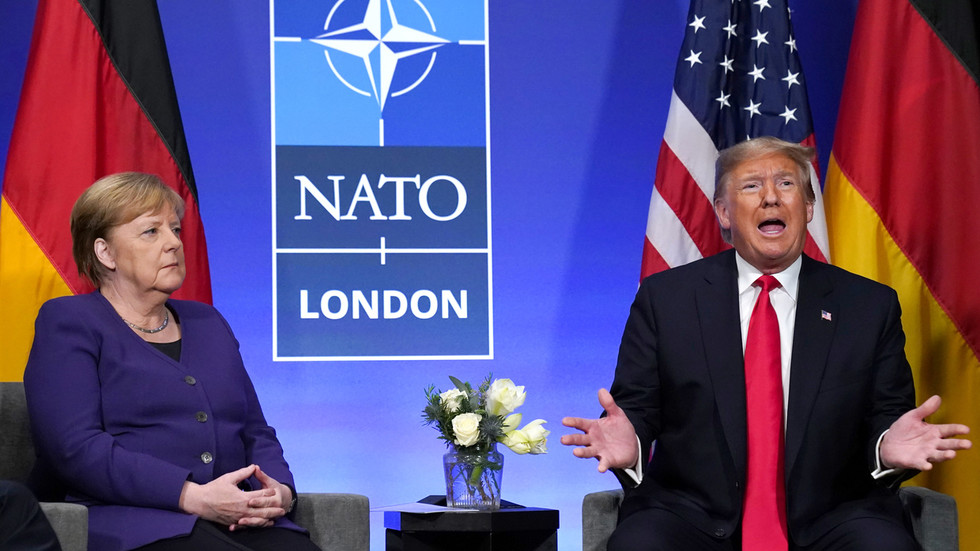 The US may voluntarily relinquish its status as a world power and Europeans must brace themselves for such a contingency, including boosting their militaries, the German chancellor has warned.

European nations need “to carry more of the burden than during the cold war” in terms of defense spending, Merkel said, because they cannot assume that the US will be there to protect them.

“We grew up in the certain knowledge that the United States wanted to be a world power. Should the US now wish to withdraw from that role of its own free will, we would have to reflect on that very deeply,” she said, in an interview published in six European newspapers.

The German leader stopped short of advocating a joint EU military force, the idea favored French President Emmanuel Macron. She said she saw the value of NATO capabilities, including the shared nuclear umbrella, in a world of the rising Asian powers China and India.

Also on rt.com We are experiencing brain death of NATO, Macron warns Europe

The French leader has a much more skeptical attitude towards the transatlantic defense bloc. Last year he said NATO was “brain dead.”

Merkel lamented the increasing selfishness of nations today, which, she said, contrasts with the unified multilateral response to the 2008 financial crisis. “These days, we have to do all we can to stop ourselves collapsing into protectionism,” she said.

If Europe wants to be heard, then it needs to set a good example.

Protectionist approaches are at the core of the Trump administration’s foreign policy. Under Trump, Washington pushed for the renegotiation of trade deals that the US president saw as unfavorable to his country. He also dialed up to 11 the criticism of European NATO members like Germany, which fail to meet their military spending obligations, calling them freeloaders. And his administration has made confrontation with China on all fronts a priority, ramping up the pressure on third nations to scare them away from cooperating with Beijing.

Also on rt.com ‘Unacceptable threat’ and ‘provocation’: European nations fume after US pulls out of talks on global digital tax

Speaking about China, Merkel said its rise “shows that even an undemocratic state can be economically successful, which is a major challenge for our liberal democracies.” This example and other post-cold war developments, from the emergence of the Islamist terrorist threat to the disappointing results of the Arab Spring, are a matter of grave concern for believers in liberal causes like herself.

We have not yet been able to furnish absolute proof that the liberal system is about to win the day.

But Merkel seems reluctant to join the US and go for a major confrontation with China, saying Beijing’s new-found power is a reality that other nations have to learn to live with.

“China has become a global player. That makes us partners in economic cooperation and combating climate change, but also competitors with very different political systems,” she said.

Not to talk to each other would certainly be a bad idea.

The same is true for Russia, the country that the US sees as its other strategic rival. Berlin needs to remain engaged with Moscow despite all issues in their bilateral relations.

“I will therefore continue to strive for cooperation.”