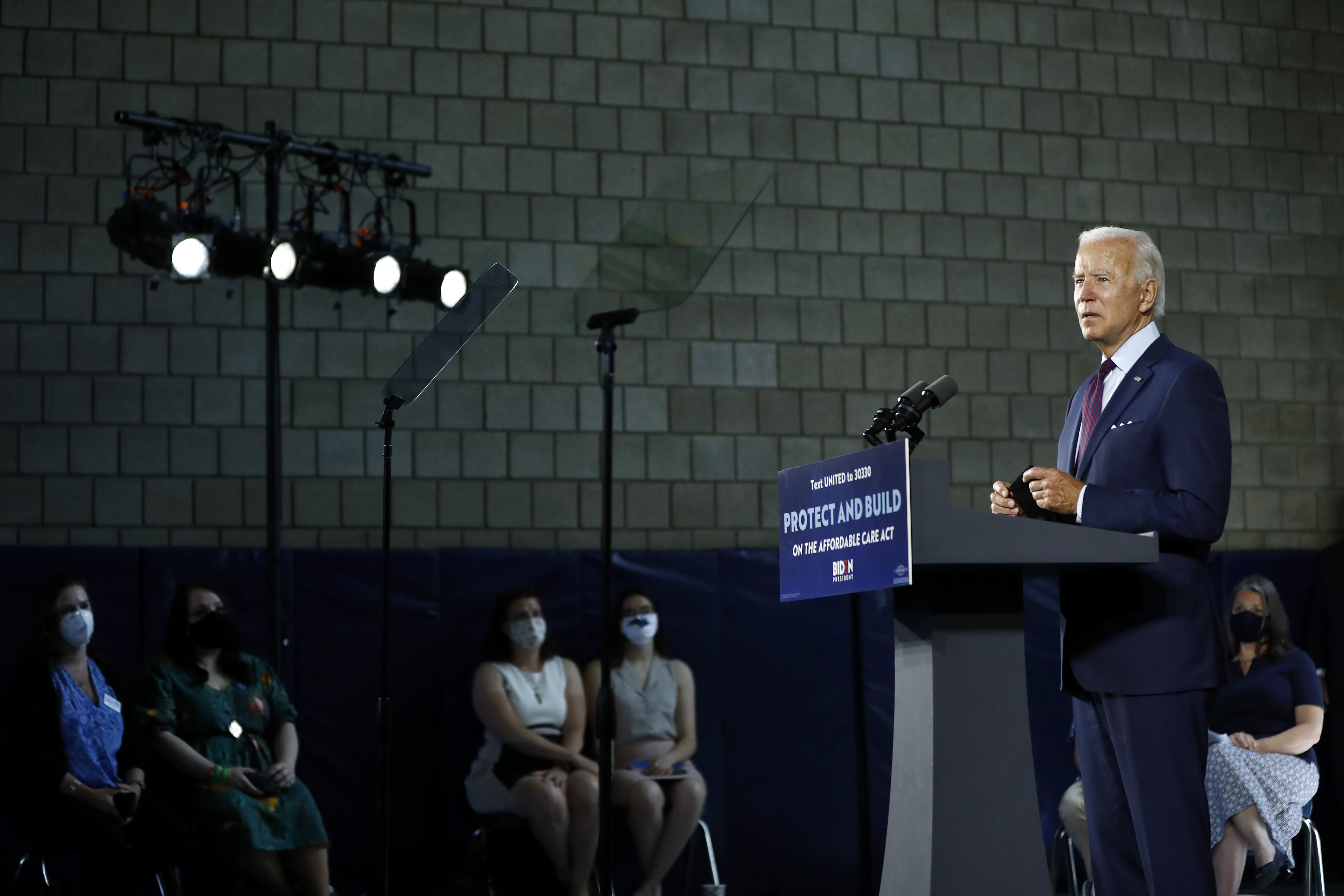 President Donald Trump is entering the final four-month stretch before Election Day presiding over a country that faces a public health crisis, mass unemployment and a reckoning over racism. His Democratic challenger, Joe Biden, is raking in cash. And a series of national and battleground polls suggests growing obstacles to Trump’s reelection.

But the election is far from locked in.

Biden and his leading supporters are stepping up warnings to Democrats to avoid becoming complacent. Former President Barack Obama and Michigan Gov. Gretchen Whitmer insist that plenty could change between now and Nov. 3 and that the party must be vigilant against Trump, who knows few boundaries when it comes to his political foes.

Michigan was one of the Midwestern states that Trump carried a razor-thin margin in 2016, helping him win the Electoral College even as he lost the popular vote. Other Democrats in the state say the strength of the president’s support shouldn’t be underestimated.

“If the election were held today, I think Biden would win Michigan,” said Michigan Rep. Debbie Dingell. “But the Trump supporters are out there, and they’re still intense.”

Obama underscored that point this week during his first joint fundraiser with Biden.

“We can’t be complacent or smug or suggest that somehow it’s so obvious that this president hasn’t done a good job,” Obama told thousands of donors who gathered online. “He won once, and it’s not like we didn’t have a good clue as to how he was going to operate the last time.”

Democrats have reason to be cautious. Four years ago, Hillary Clinton was leading wide margins nationally and in Michigan, Wisconsin and Pennsylvania — the very states that ultimately put Trump over the top. But in the final weeks before the election, Republicans coalesced around their nominee, leading to his upset win.

Trump is aiming for a repeat this year. He is stoking culture wars on health care and race relations. After warning that the 2016 election would be “rigged” against him, Trump said without evidence this week that the fall campaign would be the “most corrupt election ever.”

Trump and many of his GOP allies, meanwhile, are working to squelch the expansion of absentee voting, which they worry would hand Democrats an advantage, despite no evidence supporting that.

Many Republicans are quietly grim about the trends. But some are comforted the same factors that give Democrats pause.

“I’ve always thought it was going to be razor-thin in Wisconsin, and in turn, across the nation,” said former Gov. Scott Walker, who survived a bitter 2012 recall election and 2014 reelection before losing a third nail-biter in 2018.

Trump’s fundraising and organizing still dwarfs those of Biden, who has named state-based staff in just three battlegrounds: Wisconsin, Arizona and North Carolina. When Biden announced his Wisconsin team Wednesday, Trump’s campaign retorted that its 2016 operation there never closed and already this year has trained 3,200 volunteers, held 750 “MAGA Meet-ups” and made 6 million voter contacts, which means their targets have been reached multiple times already.

Trump benefited four years ago from Clinton being almost as unpopular as he was. And as a first-time candidate, Trump took advantage of his disruptive brand. It’s harder to be the anti-establishment outsider from the Oval Office.

Trump has broken precedent before. Still, in Biden, Trump faces an opponent with a stronger standing among some groups of voters, especially independents, than Clinton had.

Democratic National Committee Chair Tom Perez pointed to the 2018 midterms and special elections since Trump’s inauguration as proof that voters are “fired up” to oust Trump and “take nothing for granted.”

Ohio Democratic Chair David Pepper, whose state went for Trump a surprisingly wide margin in 2016, said Democrats are better organized this year. He described 2016 as “top down,” with Clinton’s national lieutenants dictating details regardless of DNC or state parties.

Pepper noted Biden’s first campaign manager, Greg Schultz, is now based at the DNC. Pepper described a recent call Schultz held with state party chairs nationwide. The theme from Schultz, he said: “What do you need? What lessons are there from 2016?”

Still, Dingell noted Biden hasn’t yet installed a state director in Michigan, where she described Democratic “factions” as difficult to corral. While Trump animates the left, Dingell warned that Democrats haven’t closed the deal with alienated moderates and can unwittingly help Trump expand his white base.

“This ‘defund the police’ stuff is not the answer,” she said, referring to the rallying cry of activists who want to shift resources and responsibilities away from armed law enforcement after police killings of Black men. Biden doesn’t back “defunding” efforts, but Dingell said Trump can exploit the sloganeering.

Walker hinged a Trump comeback less on campaign tactics and more on “people’s health and the health of the economy and the stability of the country.” If that improves, Walker said, “I think the president’s in a good position.”

That’s the way top Democrats want their voters to see it, too.

“In any scenario, ignore the polls and assume this is going to be super close,” said David Plouffe, an architect of Obama’s two campaigns. And if that caution yields a wider Biden win, Plouffe said, then it means more Democrats in Congress and statehouses around the country: “Let’s win every vote we can.”