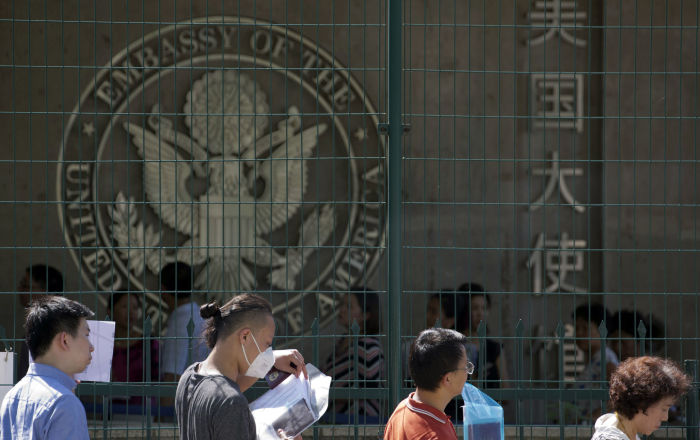 “We urge the US side to immediately correct its mistakes, withdraw the decisions, and stop interfering in China’s domestic affairs. The Chinese side will continue to take strong measures to uphold national sovereignty, security, and development interests”, the embassy said in a statement.

The diplomatic mission stressed that Hong Kong’s matters are China’s internal affairs and, therefore, are not subject to any external interference.

On Friday, US Secretary of State Mike Pompeo said that the United States had imposed visa restrictions on some Chinese Communist Party officials for allegedly undermining Hong Kong’s autonomy.

The new US restrictions have been introduced in response to legislation adopted the Chinese parliament last month, under which the Standing Committee of China’s National People’s Congress will be in charge of developing a national security law banning secessionist and subversive activity in Hong Kong. The move is supported the Hong Kong leadership but has been met a wave of protests in the city as some residents fear their rights may be infringed.