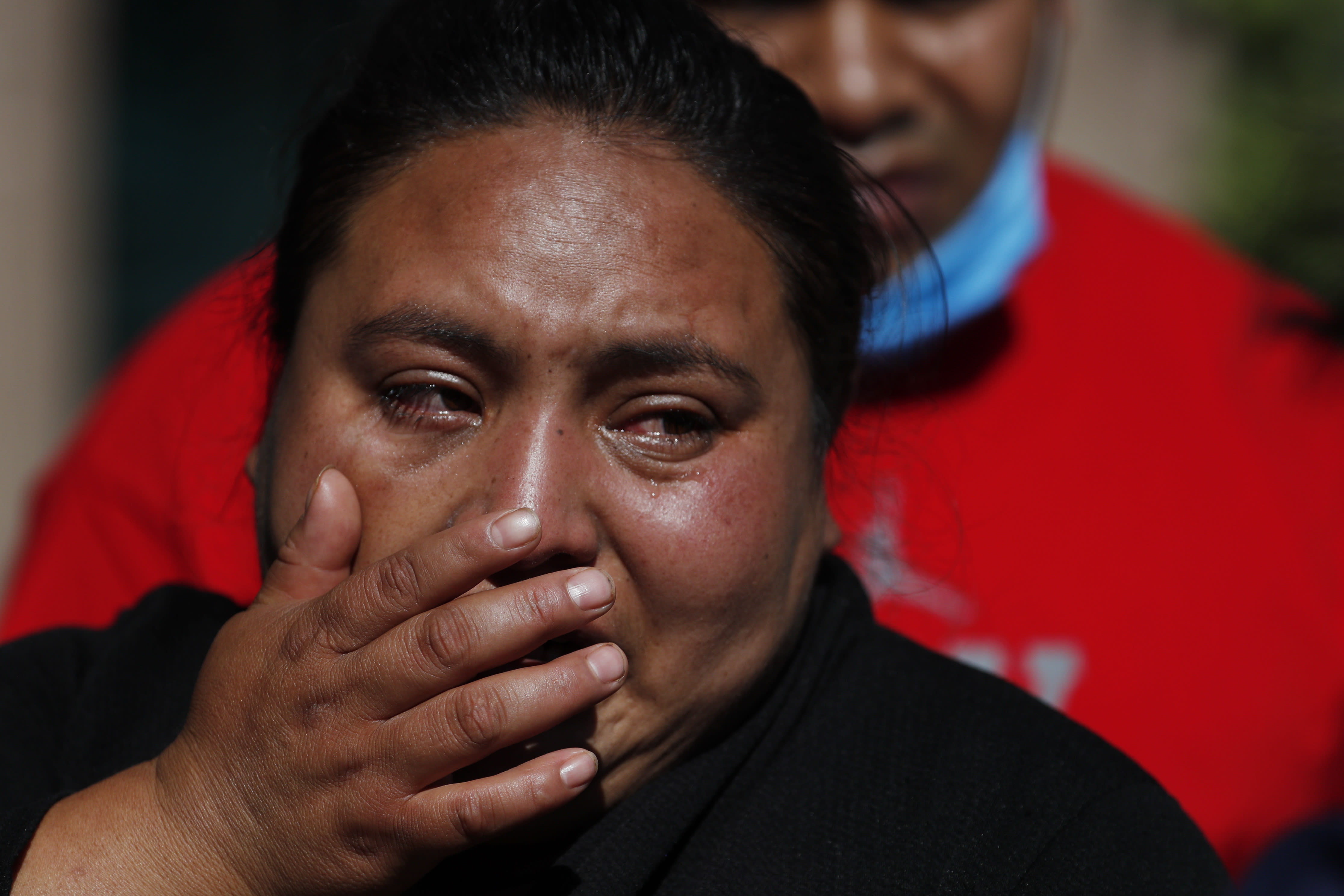 MEXICO CITY (AP) — The dramatic assassination attempt on Mexico City’s police chief was just the latest and clearest sign that Mexico’s powerful criminal element is bringing the violence it has unleashed on the general population directly to President Andrés Manuel López Obrador’s door.

More than 35,000 Mexicans were murdered last year, the highest number on record and a grave threat to the president’s ambitious agenda.

Police Chief Omar García Harfuch was nearly added to this year’s murder total Friday when more than two-dozen gunmen executed a carefully coordinated plan to intercept his armored vehicle at dawn with grenades, assault rifles and a .50 caliber sniper rifle on the capital’s grand boulevard. García survived with three bullet wounds and within hours blamed the Jalisco New Generation Cartel for the attempt that killed two of his bodyguards and a stander.

It came less than two weeks after a federal judge and his wife were gunned down in their home in the western state of Colima. The Jalisco gang is also suspected in that attack.

“The cartel declared war on the government of López Obrador,” said Samuel González, a security analyst and the man who established the Attorney General’s Office special organized crime unit. “He doesn’t have any other option than to go after them,” because otherwise attacks on high-level government officials could continue.

It didn’t take long for López Obrador to disagree.

The president said the key will be perseverance, with help from the intelligence services, which reportedly gave some warning that García might be targeted an attack.

In October, a botched operation to capture a son of Joaquin “El Chapo” Guzmán in Culiacan, Sinaloa, resulted in the young drug capo’s release after cartel gunmen wreaked havoc on the city. López Obrador said this month that he ordered the release to avoid more bloodshed.

At the time, López Obrador pushed aside criticism that it was a sign of weakness that organized crime would continue to exploit. The president responded that his government will not be forced into a drug war.

“This is pacifying the country convincing, persuading without violence, offering well-being, alternative options, better living conditions, working conditions, strengthening values,” he said then. He asked for one more year to “completely change this.”

Eight months later here we are.

On June 17, Raúl Rodríguez a columnist for El Universal, one of Mexico’s largest newspapers, wrote in a column that Mexican intelligence had intercepted a conversation between Jalisco gang operators in which it was clear they were planning to hit a major target in the city.

Rodríguez wrote that two unnamed security officials had confirmed the information and that the U.S. Drug Enforcement Administration had confirmed the authenticity of the conversation. No names were mentioned, but analysts determined that the four potential targets were three members of López Obrador’s cabinet and García.

“It’s the way the mafiosos communicate with governments to tell them, ‘You touch me and we’re going to kill your most important officials,’” said Edgardo Buscaglia, an organized crime expert at Columbia University.

“When this happens, organized crime understands that the government is taking measures that are going to hurt its business and they begin to kill members of the political elite,” Buscaglia said.

Earlier this month, Santiago Nieto, the head of Mexico’s Financial Intelligence Unit, announced that in collaboration with the DEA, the unit was freezing nearly 2,000 accounts believed to be used the Jalisco gang. Nieto was mentioned as one of the potential cabinet-level targets of the cartel this month. There are also nearly a dozen pending extraditions of Jalisco gang associates, Buscaglia said.

The administration should continue to pressure the cartel while increasing security to protect its political elite, starting with López Obrador who continues to fly commercial and travel with little security, he said.

On Saturday, Mayor Claudia Sheinbaum shared a photo with García smiling from his hospital bed and said that he was doing well and had “more energy than ever.” She praised Mexico City’s police for a rapid response that likely saved his life.

Since the attack, authorities had made 19 arrests in the case, she said, including the alleged mastermind of the plot. López Obrador had not made any comments since early Friday.

Mexico’s security strategy — some question whether it is coherent enough to merit the label — bears little resemblance to the “hugs, not bullets” slogan that López Obrador campaigned on.

Last year’s soaring murder rate already challenged his longer-term goal of attacking the root causes of violence. The economic devastation worsened the COVID-19 pandemic is making clear those policies will have little chance as more Mexicans are pushed into poverty.

“All that’s in place now is not a coherent, integrated security strategy, but one that is very much almost exclusively reliant on force, on militarized force specifically,” said Franko Ernst, senior analyst with the International Crisis Group. He warned that increasing military pressure on the Jalisco gang, which has already suffered from internal rifts and splintering, could lead it to break apart into warring factions as has happened with other dominant cartels in recent years.

Ernst noted that last month the government decreed that the military will continue policing the country, a task López Obrador’s newly created National Guard was supposed to take over but has shown itself incapable doing. Now the Jalisco gang’s leader, Nemesio Oseguera, aka “El Mencho,” “has finally established himself very firmly as the inevitable public enemy of the Fourth Transformation,” López Obrador’s term for his administration.

“It’s just going to push some other more integrated, more sound security policies further into the future,” he said.