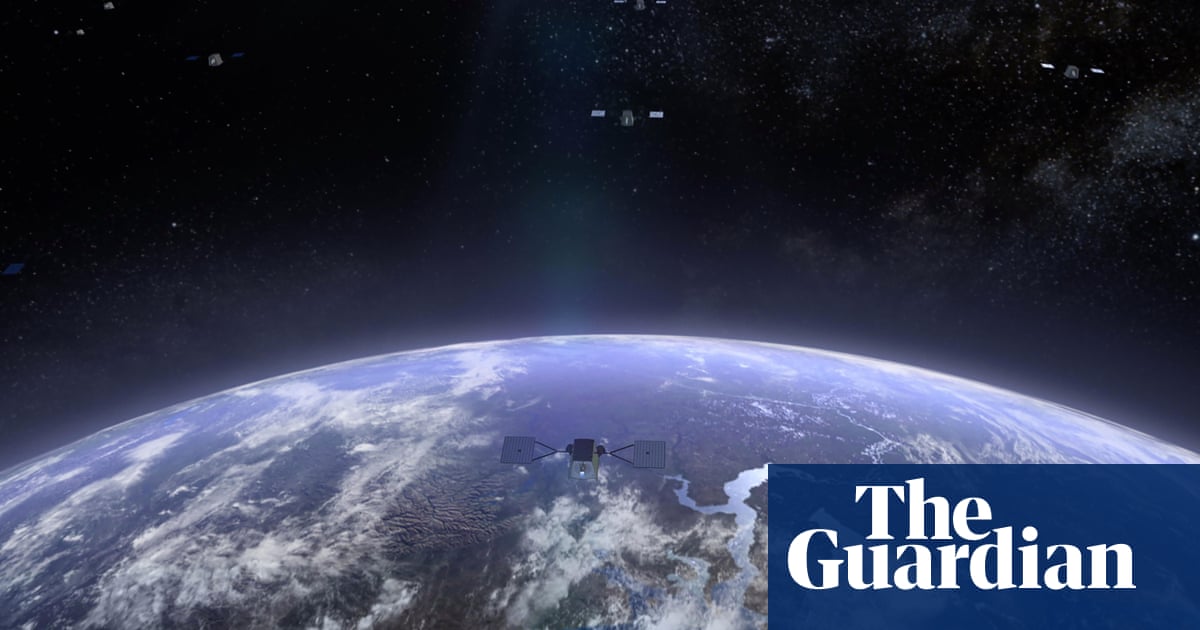 The UK government’s plan to invest hundreds of millions of pounds in a satellite broadband company has been described as “nonsensical” experts, who say the company doesn’t even make the right type of satellite the country needs after Brexit.

The investment in OneWeb, first reported on Thursday night, is intended to mitigate against the UK losing access to the EU’s Galileo satellite navigation system.

But OneWeb – in which the UK will own a 20% stake following the investment – currently operates a completely different type of satellite network from that typically used to run such navigation systems.

“The fundamental starting point is, yes, we’ve bought the wrong satellites,” said Dr Bleddyn Bowen, a space policy expert at the University of Leicester. “OneWeb is working on basically the same idea as Elon Musk’s Starlink: a mega-constellation of satellites in low Earth orbit, which are used to connect people on the ground to the internet.

“What’s happened is that the very talented lobists at OneWeb have convinced the government that we can completely redesign some of the satellites to piggyback a navigation payload on it. It’s bolting an unproven technology on to a mega-constellation that’s designed to do something else. It’s a tech and business gamble.”

Every major positioning system currently in use – America’s GPS, Russia’s Glonass, China’s BeiDou, and Galileo, the EU project that the UK helped design before losing access to due to Brexit – is in a medium Earth orbit, Thorne said, approximately 20,000km from Earth. OneWeb’s satellites, 74 of which have already been launched, are in a low Earth orbit, just 1,200km up.

Bowen said: “If you want to replace GPS for military-grade systems, where you need encrypted, secure signals that are precise to centimetres, I’m not sure you can do that on satellites as small as OneWeb’s.”

Rather than being selected for the quality of the offering, Thorne suggested the investment was made to suit “a nationalist agenda”. OneWeb is nominally a UK business, with a UK HQ and spectrum rights registered in the UK through Ofcom.

“Let’s give the government the benefit of the doubt: if the output the government wants is a UK-branded positioning system, a projection of UK power around the world and supporting the UK satellite industry base, then it is probably quicker and cheaper to smash the square peg of OneWeb into the round hole of a Galileo replacement than it is to do it from scratch,” said Thorne.

On Friday evening a government spokesperson said: “We have made clear our ambitions for space and are developing a new national space strategy to bring long-term strategic and commercial benefits to the UK. We are in regular discussions with the space industry as part of this work.”

OneWeb filed for bankruptcy in March in the US, where most of its operations are located, after failing to secure new funding.

In December 2018, Theresa May, the then prime minister, said the UK expected to work with the US and other “Five Eyes” partners – a term for the multilateral intelligence agreement – to do so. But in May this year that project was put on hold, just weeks before a feasibility study into the scheme was due to be published, as its estimated cost ballooned to £5bn.