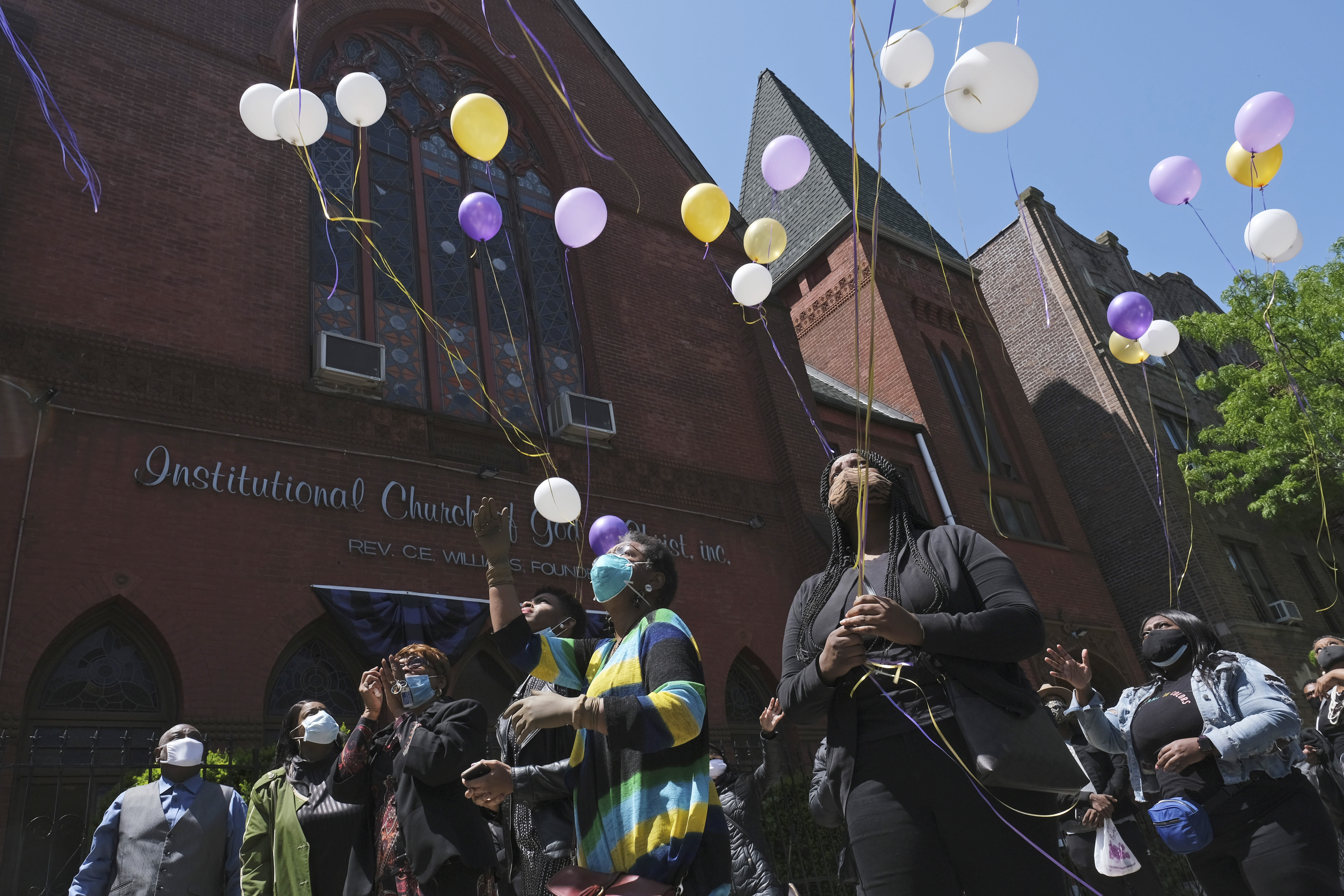 FILE- In this May 21, 2020 file photo, a group of people who could not attend the church service for Bishop Carl Williams, Jr., due to restrictions on the size of gatherings, release balloons to honor his memory in front of his church in the Brooklyn borough of New York. On Friday, June 26, 2020, a federal judge in New York blocked the state from enforcing coronavirus restrictions limiting indoor religious gatherings to 25% capacity when other types of gatherings are limited to 50%. (AP Photo/Seth Wenig)

NEW YORK (AP) — A federal judge on Friday blocked New York state from enforcing coronavirus restrictions limiting indoor religious gatherings to 25% capacity when other types of gatherings are limited to 50%.

The plaintiffs’ religious activities “will be burdened and continue to be treated less favorably than comparable secular activities,” Sharpe said in his 38-page ruling from Albany.

The plaintiffs, two Catholic priests from upstate New York and three Orthodox Jewish congregants from Brooklyn, argued that the restrictions violated their First Amendment rights to practice their religion.

The plaintiffs said the restrictions forced the Rev. Steven Soos and the Rev. Nicholas Stamos, members of the breakaway Society of St. Pius X, to either turn away parishioners who wished to attend Mass “or to hold more Masses per day than are possible.”

Christopher Ferrara, an attorney for the plaintiffs, called the unequal restrictions “an irrational targeting of houses of worship.”

“The idea that houses of worship are some deadly viral vector unlike anything else is just superstition,” Ferrara said in a telephone interview. “There’s no science to support that.”

Restrictions limiting the number of people who can attend outdoor religious gatherings will also be lifted the injunction.

The New York State Catholic Conference said New York bishops were not involved in the lawsuit. But spokesman Dennis Poust said he anticipated that “our churches will continue to voluntarily follow state guidelines as a matter of prudential judgment.”

The judge noted that both Cuomo and de Blasio have expressed approval for protests against racism and police brutality that followed the death of George Floyd in Minneapolis last month while continuing to support restrictions on religious gatherings.

“Governor Cuomo and Mayor de Blasio could have just as easily discouraged protests, short of condemning their message, in the name of public health and exercised discretion to suspend enforcement for public safety reasons instead of encouraging what they knew was a flagrant disregard of the outdoor limits and social distancing rules,” he said.